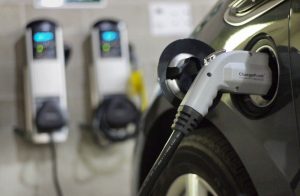 Media had earlier reported that the Centre is mulling to convert all its 5.5 lakh central government and public sector undertakings (PSU) vehicles into electric. The entire central fleet of cars is expected to turn electric in 5-6 years.

Some of these government-owned companies have already acquired electric vehicles for their official purposes. They even have a dedicated charging infrastructure within their office premises, especially in Delhi and Noida.

Tata Motors emerged as the lowest bidder for the tender and will thus supply a major part of the contract. The second lowest bidder Mahindra & Mahindra has committed to supplying 150 units of the first phase of 500 electric cars.

Presently, cost of electric cars is prohibitively high due to the high cost of batteries which typically make up 40-50 percent of the total cost of acquisition of the vehicle depending on the vehicle type.