As per the new guidelines, any individual may set up public charging stations without the requirement of a license, but s/he has to fulfill the technical and performance standards 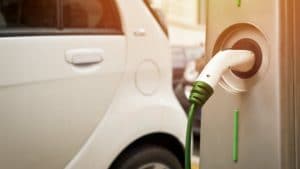 The Ministry of Power has issued new guidelines for the development of electric vehicle (EV) charging infrastructure in India. These guidelines are aimed at accelerating the adoption and development of EVs. These are also expected to draw a clear image of the country’s EV business.

The government has taken up a few measures to achieve its desired EV mission. It has permitted individuals to set up private charging stations at residences and power distribution companies are to facilitate the same.

As per the new guidelines, any individual may set up public charging stations without the requirement of a license. However, s/he can install a charging station after fulfilling the technical and performance standards set by the government.

Power distribution companies are to ensure power supply in the area in case an individual applies for permission to set up a public charging station. A charging station may also obtain electricity from any generation company through open access protocols.

The Power Ministry has issued a list of minimum infrastructure requirement for EV charging stations. According to Mercom reports, most vehicle manufacturers use the internationally approved CCS and CHadeMO standards. Japan’s CHAdeMO currently has the most installations globally while CCS is supported by many large auto automakers.

The government plans to set up charging stations at 25 km intervals on both sides of selected roads. According to the guidelines, the tariff for the supply of electricity to EV charging stations will be determined by the appropriate commission, provided that the tariff is not more than the 15 per cent above the average cost of supply.

The government has planned to develop EV charging infrastructure in two phases. The first phase will look into the development of charging stations in mega cities in the next three years while the second will cover state capitals and union territory headquarters with a 3-5-year plan.