Rs 2.44 per unit was the the lowest tariff at which a solar project was bid for during the last financial year 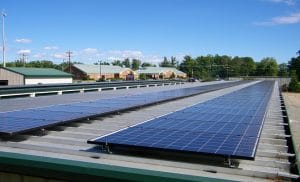 Putting its solar power capacity addition plans in priority, the Government of India has asked Solar Energy Corporation of India (SECI) to float tenders to install 4,000 megawatt (MW) solar power capacity in four months. These four solar power tenders, starting from November 2018 till February 2019, will be of 1,000 MW each, reported a popular daily.

Not enough for one lakh MW target

This proposal of adding 4,000 MW solar capacity through four 1,000 MW tenders may not be helpful in achieving the target of 1 lakh MW of solar capacity. The government had earlier shown intentions to complete this target by 2022. It is to be noted here that India, currently has an installed solar power capacity of 25,000 MW. The tenders on completion by February 2018 will only take the installed solar power capacity to 29,000 MW.

It is being assumed that the development is on the grounds that code of conduct for the next generation elections will come into force starting March next year. India is looking to commission a total of 4,165 MW solar power energy during the current financial year.

Rs 2.44 per unit was the the lowest tariff at which a solar project was bid for during the last financial year.

A target of 175 gigawatts (GW) of renewable energy capacity

Power Minister Piyush Goyal in 2015 had mentioned that the Government had set a target of achieveing 175 GW power in terms of renewable energy capacity. He had pointed out that this amount would comprise of 100 GW solar power, 60 GW wind power, 10 GW biomass power and 5 GW hydropower. The target was set with a timeline of 2022.

A report published by CRISIL in July pointed out that India’s solar power capacity is likely to go up to 56-58 GW as against 20 GW between the financial year 2014-2018.