Government has approved Rs 6.81 billion as seed capital for building a total corpus of Rs over Rs 68 billion under the electronic development fund meant to support entrepreneurship and innovation in electronics and IT. 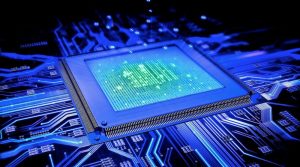 “My Ministry has approved Rs 68.31 billion venture fund for electronics development.We have given seed money of Rs 6.81 billion on the basis of which more venture capital will be raised,”Law and IT minister Ravi Shankar prasad told reporters yesterday.

The electronic development fund is the mother fund that will contribute to various funds under it for those who invest the money in companies for creation of intellectual property rights in the field of electronics and IT.

He added that electronics production in the country has increased across segment with value of LED products registering an increase of 65 per cent to Rs 35.90 billion in 2015-16 from Rs 21.72 billion in 2014-15.