The Ministry of Electronics and Information and Technology (MeitY) on Monday approved a proposal to set up two electronics manufacturing clusters — one each in Telangana and Andhra Pradesh — at a cost of Rs 6.67 billion and Rs 3.4 billion, respectively. 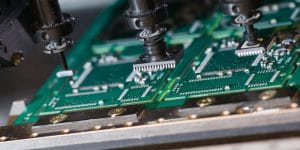 In his tweets, Ajay Kumar, additional secretary, MeitY stated that the Centre has given approval for 500-acre electronic manufacturing cluster to be set up by the Andhra Pradesh Industrial Infrastructure Corporation in Chittoor in Andhra Pradesh at a project cost of Rs 3.4 billion. A 600-acre electronic manufacturing cluster is to be set up by TSIIC in Hyderabad at a cost of cost Rs 6.67 billion.

According to The New Indian Express, the two centres are part of the 2013 Electronics Manufacturing Clusters (EMC) scheme to encourage local manufacturing of electronic components and to reduce dependence on the import of electronic components from countries such as China and South Korea.The EMCs scheme provides grant assistance for setting up of both greenfield and brownfield EMCs across the country.

The financial assistance under the scheme is in the form of grant-in-aid only. According to officials in MeitY, the process to set up a project is simple. An application can be made by a special purpose vehicle created for the purpose or by a chief promoter who may be a public-sector or private-sector entity.

The Rs 6.67 billion project in Telangana will be generated through a mix of grant and resources from proposed units. It will have central grant of Rs 2.4 billion and the remaining Rs 4.37 billion would be mobilised by the state government and through units, which are interested to set up shop in the cluster.