April 20, 2015: The government led by prime minister Narendra Modi is considering to start its plan of building a 100,000MW solar energy capacity by 2022 through 10,000MW projects that are being planned in the upcoming three months.

The plan consists of 6000MW of capacity which will be set up by NTPC, a 2500MW by SECI in Madhya Pradesh and the rest capacity in the form of energy parks in rest other states.

Officials in the MNRE revealed that NTPC would build 3300MW of its own solar projects and tender 3000MW under the power bundling scheme. “NTPC plans to harness 25,000MW of solar power in six years. Of this, it has committed to building 10,000MW itself. The balance it will tender to private players and bundle with unutilised thermal power and sell at an average rate,” said an official, reported Business Standard. 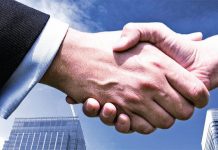