Taking a step closer to the goal of 100 per cent electric vehicles by 2030, the Indian government has invited tenders for up to 10,000 EVs that would reportedly be hitting the roads in the national capital region within the next six to eight months. Additionally, it is looking to invites bids for 4,000 charging stations in Delhi NCR. 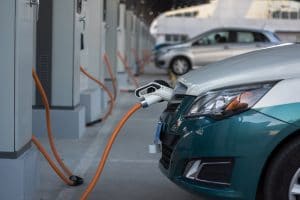 Six of the country’s leading automakers, including Tata Motors, Renault, Hyundai, Nissan, Maruti Suzuki, and Mahindra & Mahindra, have already expressed interest in partnering with the government for the project.

Commenting on the development, Saurabh Kumar, Managing Director at Energy Efficiency Services Limited (EESL), stated that they are testing a business model. This is a signal to the industry that government is serious about it. And 10,000 EVs is just the starting.

According to government officials close to the development, the move is part of a bigger initiative aimed at putting more than 1 Mn electric three-wheelers and 10,000 electrically-powered city buses on the country’s roads by mid-2019.