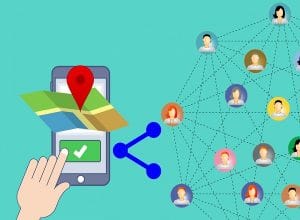 Google has expanded its Neighbourly app to five more Indian cities including Ahmedabad, Coimbatore, Mysore, Vizag and Kota. The app help users with local information like nearby shopping arcades, parks, fitness, food and tuition centres. It was launched by Google in beta and is now available in seven cities.

The latest version of the app includes improved voice input which can now enable people to ask and respond to questions in their own languages. Quicker replies are expected and also features ‘similar answers’ that will detect and group similar answers.

Each question gets an average of four answers

Well, the app was first rolled out to Mumbai and Jaipur. At the two cities, around 20 per cent of people tapped to speak their question and each question whether spoken or written got an average of four relevant answers. It added that users in Mumbai and Jaipur have sought answers to questions around local shopping, food recommendations and tuition centres.

As per series of the study conducted and spoke to locals, the company found that they were appreciated for installing a feature to ask and respond to questions in the user’s local language. The company also noted that the response was encouraging especially among women, students and daily commuters who used their local language to ask questions and share their knowledge with others.

Josh Woodward, Group Product Manager at Google told that with neighbourly they were able to address the local information needs of India’s fast-growing internet users in their neighbourhood.