Internet users can experience widespread network failure because of ICANN’s maintenance work in the next 48 hours. 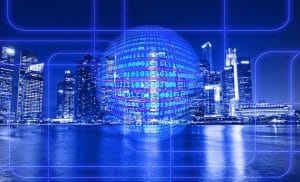 Internet has become the basic necessity of the people across the world, from basic research to paying bills, booking tickets and playing game. However for many people internet is a mere addiction. But in the next 48 hours internet users can experience widespread network failure, as the domain servers and the network infrastructure will be down for sometime for maintenance work.

The Internet Corporation of Assigned Names and Numbers (ICANN) has announced its plan about maintenance work to update the cryptographic key which supports the Domain Name System(DNS). To counter the rising incidents of cyber attack and internet crime this maintenance work is necessary, ICANN said.

In a statement, the Communications Regulatory Authority (CRA) said the global internet shutdown is necessary for ensuring a secure, stable and resilient DNS. “To further clarify, some internet users might be affected if their network operators or Internet Service Providers (ISPs) have not prepared for this change. However, this impact can be avoided by enabling the appropriate system security extensions,” it added.

Not all users will face internet shutdown

ICANN emphasized that not everyone will be affected by the maintenance work. Some preliminary testings has already been done which suggested that problems related to the switch and it will be kept to minimum.

The organization believes only about 1% of the world’s internet user population will face the total internet shutdown, but still, the 1% is approximately around 36 million people.