The global electronics manufacturing services market is estimated to reach $366.208 billion by 2025 as per a report by ResearchAndMarkets. It said that the valuation stood at $165.354 billion for the year 2019 growing at a CAGR of 14.17 per cent to reach that valuation in 2025.

The report added, “The major factor driving the growth of the market is the wide adoption of contractual services by OEMs on account of an increase in the number of service offerings by the providers. The adoption of these services further enhances the capabilities of the OEM manufacturers to expand their focus in the core capabilities and further invest in enhancing their efficiency and stay determined to achieve operational excellence also.”

As per the report, the growth of the numerous end-user industries along with the increasing complexity of operations is further boosting the adoption of the contract manufacturing services. It is leading to increased investments by major companies in the form of facility expansions, investments in R&D. The increasing penetration of smart and handheld devices such as smartphones and tablets is also speeding the growth in this market.

The report stated, “The growing penetration of the latest and advanced medical devices is projected to significantly boost the growth of the market due to a strict regulatory environment for the manufacturing of the devices coupled with the requirements for highly advanced manufacturing technology. This is further leading to the wide adoption of contractual services by OEMs to stay focused more on their core competencies and invest more in the R&D with an aim to reduce the costs and gain a competitive edge over other players.”

The report said that the rising focus of major industry players across the different industry verticals towards the reduction of costs and maximization of profits is one of the key factors to fuel the adoption of contractual services and enhance the growth of the market throughout the forecast period. The rising competition in the industries is also leading to the dilution of the profits which is leading to the high adoption of these services for the cost reductions and the expansion of profits.

The report said that the growing demand for electric vehicles is one of the main opportunities for electronic manufacturing service providers. Increasing investments in electric and hybrid vehicle opportunities for electronic manufacturing service providers. An increase in demand is expected to propel the production of electric and hybrid cars and cause the growth of electric components.

It added, “In addition, favorable government policies regarding the promotion of electric vehicles is further projected to augment the demand for these services by major EV manufacturers throughout the forecast period and beyond. Moreover, the deployment of electric vehicles has also been growing at a remarkable pace during the past years.”

The report said that the aerospace and defense sector is anticipated to show good growth over the forecast period due to a steady increase in the investments by major countries in the defense sector.  This is to mitigate the numerous levels of security threats and strengthening the defense capabilities in major developing economies like China, India, and Indonesia among others.

The European region is anticipated to show decent growth over the forecast period due to rising investments by market players for the expansion of facilities in this region due to the rising demand from numerous end-user industries. It said that North America is anticipated to hold a decent market share due to the early adoption of technology and the availability of a well-established infrastructure. It said, ” The Asia Pacific is anticipated to grow substantially during the next five years due to the significant growth of industries in the major emerging countries such as India, China, Indonesia, and Vietnam.” 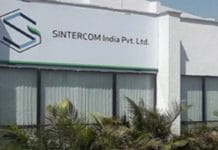