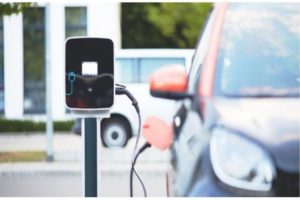 The electric vehicle (EV) market in India is expected to hit over 63 lakh unit mark per annum by 2027 as per a report by India Energy Storage Alliance (IESA). It added that EV batteries and the public charging infrastructure market in the country, demand for the batteries is also going to rise substantially over the same period.

The report also said that in the base case scenario, the EV market is expected to grow at CAGR of 44 percent between 2020-2027 and is expected to hit 6.34-million-unit annual sales by 2027. It added that the annual battery demand is forecasted to grow at 32 percent to hit 50GWh by 2027, of this, 40 plus GWh will be on lithium-ion batteries. It said that the estimated battery market potential is USD 580 million in 2019 and is forecasted to grow to $14.9 billion by 2027.

As per the report, the EV sales in India was 3.8 lakh units in 2019-20, and the EV battery market stood at 5.4GWh during the year. The electric two-wheelers were the highest selling in the entire segment last fiscal. The report said that low and medium-speed electric two-wheelers (up to 40 kmph) with conventional lead-acid batteries were dominating the market.

While talking about the electric bus market the report said that the demand in the vertical is expected to be driven with subsidy support from the Central government due to high upfront cost. Going forward, expansion is likely based on viability and access to financing. The South and North East markets are also expected to open in the upcoming years, the report said.

It also said that the high-speed electric three-wheeler market is currently at a very nascent stage and has opened mainly at the B2B or in the cargo segment due to the requirement of performance vehicles. Low-cost financing is a key constraint hindering the growth of this segment.