While at Google, Neha Palmer helped the company grow from eight data centers to operating dozens of data centers on four continents 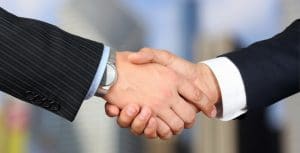 As Google’s first hire focused on data center energy, Palmer built out and led the team developing electric infrastructure and electricity procurement for its global fleet, covering dozens of sites over four continents. While at Google, she helped the company grow from eight data centers with under 3 TWh of annual electric consumption to operating dozens of data centers on four continents with over 13 TWh of annual electric consumption.

“Neha tackled Google’s unparalleled data center energy consumption through a decade of massive growth, while also bending the will of the world to achieve net-zero emissions,” said Ben Birnbaum, a co-founder of TeraWatt Infrastructure and Partner at Keyframe Capital, an investment firm backing TeraWatt.

“It’s very difficult to find someone with the kind of infrastructure development experience that the world is going to require to make it successfully through the transition to electrified transport, given the complexities of the energy requirements and the sheer volume of watts and capital required. But Neha has this, and the TeraWatt team is incredibly humbled and grateful to have had her join.”

“Backed by investors with extensive sector expertise, including over $1 billion invested into the automotive, transportation and energy industries over their histories, TeraWatt is creating a new infrastructure asset class as we build the permanent charging infrastructure of America and beyond,” said Neha Palmer, CEO of TeraWatt Infrastructure. “I am honoured to apply my experience in transforming energy markets to meet customers’ needs to my new role as TeraWatt’s CEO, and I’m inspired by our mission to build out infrastructure to usher in a historical transformation to decarbonize transportation.”

TeraWatt is backed by Keyframe and Cyrus Capital, which jointly manage portfolios of over $3 billion. The company was founded in 2018 and has been operating in stealth mode until today.