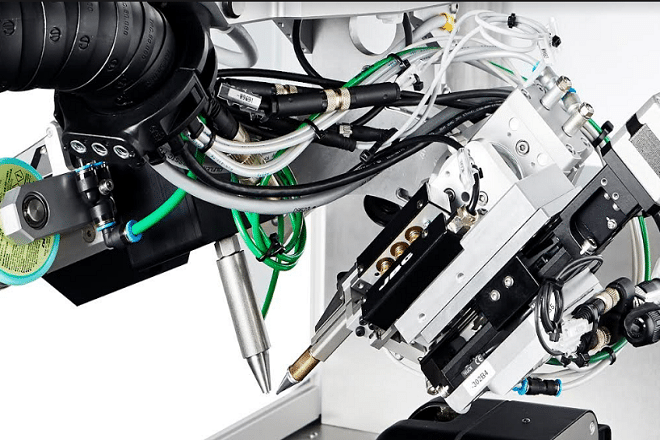 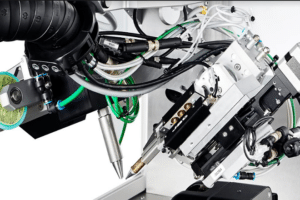 The company says the concept for this product is based on Eutect automation platform, Multiple Process Changer (MPC), which featured a collaborating robot system by German Robotics. At the end of last year, the company integrated collaborating robots into its production cells for the first time and installed them at the customer’s site says Eutect GmbH. The R&D team of the company has used this method to develop the new MPC collaborative automation platform.

Fehrenbach, managing director of Eutect GmbH says, “We see the MPC automation platform as a flexible solution that can be equipped with different tools for different applications as required by the customer.”

The rotary indexing table can be exchanged for a conveyor system though that is optional. The soldering system can be used inline or loaded and unloaded through an assembly carrier.

The robot used by Eutect is a Panda from German Robotics equipped with torque sensors installed in all seven axes. It comes with built-in sensors which allows the robot to approach complex positions with the soldering iron and set soldering points with exceptional precision says Eutect. The Panda stops immediately when there are collisions and non-programmed impacts claims the company.