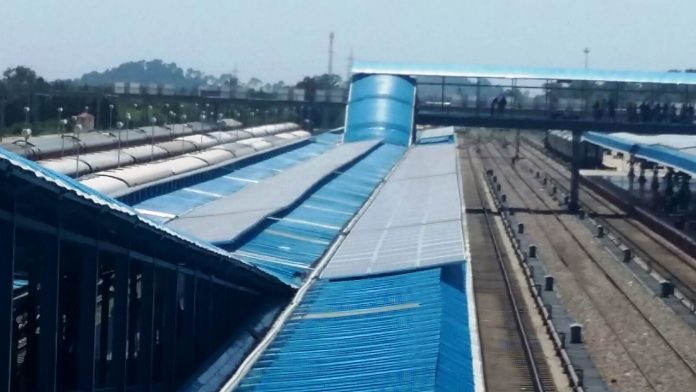 As part of the Southern Railway’s initiative to go green and save electricity costs by producing 4 MW of solar power, rooftop solar plants will be installed at 11 stations in Palakkad and Thiruvananthapuram railway divisions.

“As far as the Railways is concerned, it is a win-win situation,” said G Suryanarayana, divisional electrical engineer (general services) Palakkad division to The New Indian Express. “Currently, the Railways pays a tariff of 8.10 per unit to the KSEB. Once the solar energy is produced, the Railways will need to pay only 3.64 per unit for 25 years as per the deal agreed with Azure Power Rooftop Solutions Pvt Ltd.”

Rooftop solar plants with a total installed capacity of 390 kilowatt peak (kWp) will be set up at seven stations in Palakkad division — Kozhikode, Mangalore Central, Kannur, Palakkad, Shoranur, Mangalore Junction and Thalassery — and four plants with a total capacity of 300 kWp in Thiruvananthapuram division — Ernakulam, Thiruvananthapuram, Nagercoil and Thrissur.

Central Electronics Ltd, which is the implementing agency for the Ministry of New and Renewable Energy, had floated tenders to install, operate and maintain the solar plants.