The total project cost is approximately US$200 million 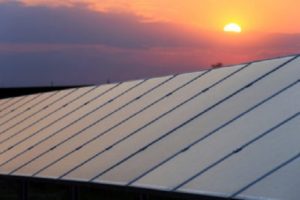 EGP India is setting up the plant in Rajasthan to supply the power contracted under a 2 GW solar auction by Solar Energy Corporation of India (SECI). The project involves the development, construction, and maintenance of a 300 MWAC solar power project in the Bikaner District.

SECI will sign a 25-year contract with the developer to procure the solar project’s output.

The total project cost is approximately US$200 million. Out of which, the AIIB loan is about US$50 million and the rest is to be funded by the sponsors and other financial institutions.

The proposed project is being considered alongside IFC and has been prepared following IFC Sustainability Framework comprising the Policy on Environmental and Social Sustainability, Performance Standards (PSs), and Access to Information Policy.

As per a PV Magazine, The project has been assigned Category “B” in accordance with IFC PSs, which is equivalent to Category B if AIIB’s Environment and Social Policy were applicable, due to the potentially limited adverse environmental and social risks and impacts that are generally site-specific, largely reversible, and readily mitigated through the implementation of good international industry practices.

The project is estimated to result in the avoidance of GHG emissions of approximately 592,174 tons of carbon equivalent annually.