US-based Hewlett Packard (HP) continues to lead the PC market with 33.8 percent share in Q2, 2017 even as the shipments fell 18.9% on quarter, according to research firm IDC. 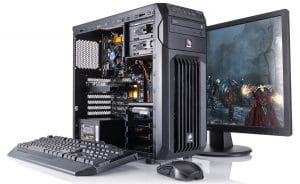 HP Inc continue to lead the overall India traditional PC market with 33.8 percent share in Q2 2017, IDC in a Tuesday said, adding that company’s strong channel engagement and packaged offering of hardware, software and services for successful GST implementation made it as one of the preferred brands in India.

The overall India traditional PC shipments for Q2 2017 stood at 1.75 million units, which is an 18.9 percent decline quarter-on-quarter (QoQ) and 18.0 percent over the same period last year, the firm in a statement added.

With the lack of fulfilment of special projects and slowness observed in government spending, the commercial PC market declined by 13.4 percent YoY and 15.3 percent QoQ in Q2 2017.

However, with the government apparently tightening the Chinese business in India in the wake of Dokhlam fiasco, China-based vendors including Lenovo may have an impact in the country in the coming quarters.