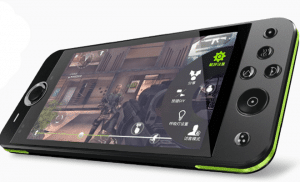 According to a recent CyberMedia Research report, gaming smartphones will account for about 6.5 per cent of the overall smartphone market in India by 2021. It said that popular mobile games like PUBG and Fortnite had resulted in the growing demand for smartphones that offer a great gaming experience and these smartphones would cover around 1.8 per cent of the total smartphones in the market by year-end.

The CMR report said that the demand for gaming smartphones in the market has opened newer market opportunities for the gaming PC makers as well as the traditional smartphone manufacturers. The mobile gaming industry is also receiving the boost to introduce new content in the games, thereby increasing the addition of new entrants in the industry.

Smartphones makers, to cater to the users, are exploring chipset vendors who can provide better hardware to facilitate an enhanced mobile gaming experience. The report says that ASUS, Razer, Qualcomm and MediaTek are in high demand for better hardware.

CMR, in its report, has stated that gaming users will hit a 748 million-mark by 2021, which will result in a higher demand for gaming smartphones. Prabhu Ram, Head, Industry Intelligence Group, CMR, said that the new breed of smartphone gaming devices would grab the attention of gaming enthusiasts.

According to CMR’s recent “Voice of the Youth” survey, smartphones have emerged as the primary device used for gaming. Around 90 per cent of people prefer mobile devices to enjoy their games. Smartphone makers are now focusing on better hardware to enhance the overall performance of the devices to cater to the needs of the users.