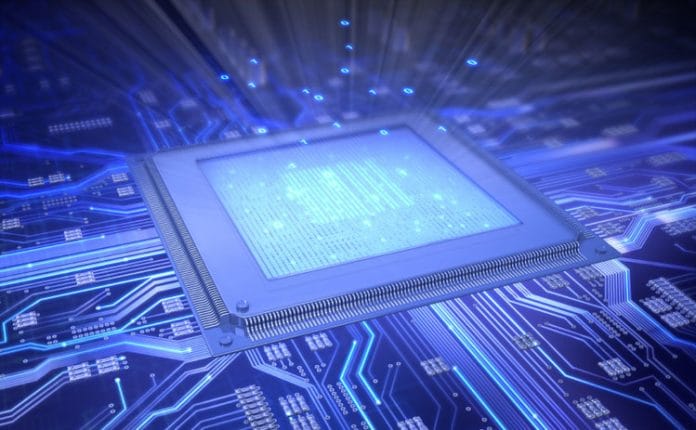 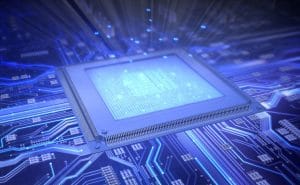 The global market for processor microchips that utilise chiplets in their manufacturing process is set to expand to $5.8 billion in 2024 according to Omdia. It said that this is rising by a factor of nine from $645 million in 2018. Over the longer term, Omdia expects chiplet revenue to continue to expand and reach $57 billion by 2035.

Moore’s Law states that the number of transistors that can be placed on a single silicon chip doubles every two years due to the continuous advancement of semiconductor manufacturing technology. In recent years, the pace of doubling has slowed to about two-and-a-half years. This is due to the fact that semiconductor production processes have encountered physical limitations at extremely small sizes

The report said that chiplets effectively bypass Moore’s Law by replacing a single silicon die with multiple smaller dice that work together in a unified packaged solution. This provides much more silicon to add transistors compared to a monolithic microchip. Chiplets are expected to allow a return to the two-year doubling cycle that has established the economics of the semiconductor business since 1965 as per Omdia

Tom Hackenberg, principal analyst, embedded processors, at Omdia said, “When semiconductor pioneer Gordon Moore first published his theory about semiconductor advancement, he provided a key forecasting benchmark that set a development cycle for the entire tech industry. From software developers, to system designers, to tech investors, everyone for decades counted on the swift two-year schedule defined by Moore’s Law. With the arrival of chiplets, the semiconductor business and those that depend upon it now have the opportunity to return to the customary rate of progress that has driven so much economic value for the overall tech industry.”

As per Omdia, chiplets are experiencing adoption in more advanced and highly integrated semiconductor devices. These include microprocessors (MPUs), system-on-chip (SOC) devices, graphics processing units (GPUs) and programmable logic devices (PLDs). Out of this, the MPU segment represents the largest single market for chiplets among different microchip product. The global market with chiplet-enabled MPUs is expected to expand to $2.4 billion in 2024, up from $452 million in 2018.

Hackenberg added, “To remain competitive, MPU makers must always stick to the cutting edge of semiconductor manufacturing technologies. These companies have the most to lose from the slowdown in Moore’s Law. Because of this, these companies are among the earliest adopters of chiplets and are likely to be the primary contributors to chiplet standardization efforts.”
The computing segment is expected to be the dominant application market for chiplets through 2024 due to the early adoption in MPUs. Computing will account for 96 per cent of revenue in 2020 and 92 per cent by 2024.

A big part of the chiplet revenue growth will be driven by chiplets that serve as heterogenous processors. These are chips that combine different processing elements like applications processors that integrate graphics, security engines, artificial intelligence (AI) acceleration, low-power internet of things (IoT) controllers .

Hackenberg said, “Chiplets may not single-handedly save Moore’s Law, but they do represent an innovative, emerging approach that help advance new packaging technologies, new design strategies and new materials. This exciting new approach also may enable a more competitive landscape with diverse contributors. Chiplets will bolster the cadence Moore conveyed in his original 1965 article. The import of that original statement was not really about how microprocessors grow in performance. Rather, it was about establishing an industry guideline for a cadence that system designers, software developers and investors could count on to drive the innovation engine. This is the aspect of Moore’s Law that will live on.”