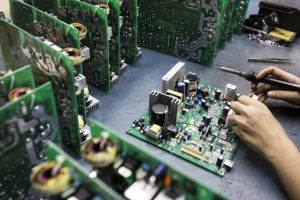 “The government had initially sanctioned one cluster each for these two states and an additional one was in the process of approval,” the Minister of Communications and Information Technology said at the golden jubilee celebrations of the Computer Society of India.

Prasad said during his meeting with Andhra Pradesh Chief Minister N Chandrababu Naidu and his Telangana counterpart K Chandrasekhar Rao earlier today, both of them demanded one more cluster, which has been accepted, he said adding, “So, three such clusters each would be sanctioned for the two states.”

The minister noted that under the scheme, the Centre provides Rs 50 crore funding if the state provides 50 acres of land to set up a cluster.

Prasad also said the government is promoting all the big companies like Samsung and LG to invest in India in a big way under the ‘Make-in-India’ programme.

He said seven lakh kms of optic fibre network would be laid in the country in the next three years, compared to the ten lakh kms achieved in the last 30 years. “We hope to see a big explosion in e-commerce, e-health, (and) e-education (sectors),” he said.

According to the minister, his department has developed a portal through which pensioners, who have gone abroad need not fly back home to present their life certificates to the pension disbursing authority in November every year.