Friday, November 07, 2014: The residents of Mumbai may now get higher quantum of green power during the coming months. The state, reeling under the power shortage is currently unable to generate adequate electricity due to fuel deficiency in thermal power plants; it now may be able to pump into its grid 1,000 MW.

The union power ministry has recently drawn a plan in front of state government, to set up solar power project beside the Mumbai-Pune Expressway to meet the shortfall of power supply. Also it has asked the Coal India to deliver coal from the mines located in the proximity of that area.

Piyush Goyal, union power and coal minster assured about supporting the state to set up the solar farms in a meeting with chief minister Devendra Fadnavis. Goyal along with his team from the power and coal ministry had an interaction with Fadnavis and representatives of state power utilities to discuss about the issues related to power shortage.

An official informed that there were discussions with Maharashtra State Road Development Corporation (MSRDC) in regards to identify the stretch of the expressway, where the solar photovoltaic plates could be planted. Around 85 per cent of power generation in state is currently from thermal power plants. 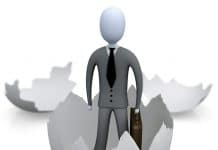