Global aerospace major Boeing is setting up an electronics manufacturing and avionics assembly facility in this tech hub at an investment of Rs 1,152 crore. 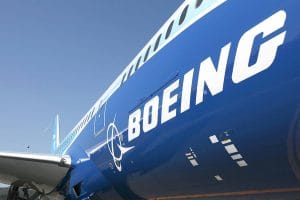 An official on Monday informed Outlook that the aerospace major Boeing is setting up electronics and avionics manufacturing facility in Bengaluru. The official further informed that the 36 acres of land has been alloted for Boeing India to set up the facility in the state-run Aerospace Park at Devanahalli near the airport in north Bengaluru.

Boeing India President Pratyush Kumar met state Chief Minister H.D. Kumaraswamy at the state secretariat to discuss the project. As part of Boeing’s Engineering and Technology Centre in India, the facility will create about 2,600 direct jobs when set up and commissioned, said the official.

The facility will be Boeing’s second-largest after its engineering and technology centre at Seattle in Washington district on the US west coast. The state cabinet approved the Boeing’s proposal early this month for land allotment and other statutory clearances, added the official. Boeing’s India arm plans to commence the project work in the next three months and complete first phase by 2019.

Karnataka Udyog Mitra Managing Director B.K. Shivakumar had told earlier that Boeing would also be making aircraft components and subsystems at the new facility for civil and military versions.