LG Electronics and Micromax are among a host of companies to have expressed interest for land developed by Delhi-Mumbai Industrial Corridor Development Corporation (DMICDC) in Greater Noida to set up units. 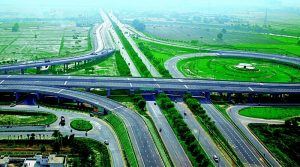 DMICDC is still in the process of getting applications from potential investors to lease out land there and will soon finalise the list of eligible companies. While Micromax has formally applied for five hectares of land, LG has evinced interest in acquiring 10 hectares.

Although DMICDC recently leased out a portion of land developed by it in Shendra-Bidkin in Maharashtra, a first for any of its projects, the land allocation was mainly to small and medium enterprises. The entry of established players like Micromax and LG is expected to give a much-needed push to the DMICDC projects and also reflects the growing importance of the corridor, the concept of which was mooted a decade ago and cleared by the Cabinet in 2011.

Land already developed by DMICDC at four cities—Dholera (Gujarat), Shendra-Bidkin, Vikram Udyogpuri (Madhya Pradesh) and Greater Noida (Uttar Pradesh)—is up for grabs. While a chunk of land at Shendra-Bidkin has recently been leased out, DMICDC is in the process of receiving bids for other cities. The next tranche of land to be allocated to industries will be in the Greater Noida project.