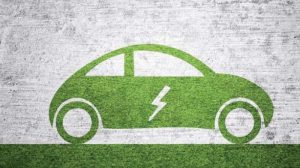 According to Sohinder Gill, Director General, Society of Manufacturers of Electric Vehicles (SMEV), more than a dozen companies have expressed interest in setting up manufacturing facilities in India. They are planning to invest in local production to tap into the rising opportunity in electric vehicles (EV) segment.

Companies such as Exide, Exicom, Amaron, Greenfuel Energy Solutions and many more have plans to locally produce batteries in India. The government has been pushing for local production and the companies are eyeing to make use of the incentives provided under the Faster Adoption and Manufacturing of (Hybrid &) Electric Vehicles in India (FAME India) scheme by making lithium-ion batteries for EVs locally.

The SMEV Director General said that the manufacturers have started importing lithium-ion cells from China, Taiwan and Korea for assembling batteries locally. The batteries produced are claimed to be of superior quality as compared to the ones made in China. He added that there were companies working for the development of an EV ecosystem in India.

Experts opine that there is a huge potential for battery makers in India. Although EVs are yet to gear up in the country, batteries will have an important role in running electric cars for fleet operators. “…There are more than 2.5 million e-rickshaws operating in the country with inferior lead-acid batteries. These have short replacement cycles. The opportunity is massive,” ET quoted an industry insider.

There are around 400,000 lead-acid powered electric two-wheelers in India today. Although Lithium-ion batteries come at a high range, they have 3-4 times the life of a lead-acid battery.