As many as 180 million jobs for women are at high risk of being displaced globally due to new technologies like automation, warns IMF. 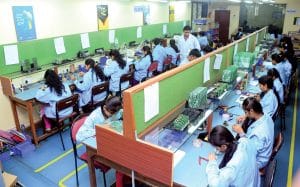 Women are more exposed to automation than men and they are more likely to lose their jobs as automation replaces human labour, according to the International Monetary Fund (IMF).

The global financial institution noted that under-representation of women in professional and managerial positions leaves them at greater risk for displacement due to automation.

Warning that as many as 180 million jobs for women are at high risk of being displaced globally due to new technologies like automation, the world body on Tuesday called for endowing women with the requisite skills, closing the gender gap in leadership positions, bridging the digital divide and easing transition for workers.

The institution, in a note released during the annual International Monetary Fund (IMF) and the World Bank meetings in Bali, said that the figures of massive potential job loss for women is based on its estimate of 30 countries, which includes 28 Organisation for Economic Cooperation and Development (OECD) countries and Cyprus and Singapore.

In its discussion note, the IMF highlighted  that women are under-represented in sectors anticipating jobs growth, where technological changes can be complementary to human skills.

Women, it said, appear less endowed with some of the skills needed to thrive in the digital era;  they are currently under-represented in sectors anticipating jobs growth, such as engineering and Information and Communications Technology.

However, the IMF noted, jobs are likely to grow in traditionally female-dominated sectors such as health, education, and social services, jobs requiring cognitive and interpersonal skills and thus less prone to automation.