Rivaling Mahindra and Mahindra, currently the sole electric vehicle maker in the country, Maruti Suzuki India has announced plans to foray into the EV space. In a related development, Ashok Leyland is looking to pump $61.5 Mn-$77 Mn (INR 400 Cr-INR 500 Cr) into its electric vehicle business over the next three to five years. 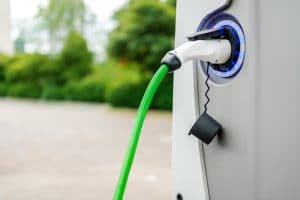 Commenting on the development, Chairman and CEO of Maruti Suzuki R.C. Bhargava at a recent press conference, said, “We will make electric cars. We intend to be leaders in the segment as well.”

The Delhi-headquartered carmaker, however, has not disclosed a specific timeline by when it would start manufacturing electric vehicles. The entry into the country’s fast-growing EV market, Bhargava added, could help push Maruti’s profit growth, which has increased by 3.4% to $382 Mn (INR 2,484.3 Cr) in H2 2017 from $369 Mn (INR 2,401.5 Cr) during the same period last year.

Recently, in the second week of September, the Japanese parent of Maruti India, Suzuki Motor, revealed plans to manufacture EVs at a factory in Gujarat. As part of the initiative, Suzuki has committed $600 Mn (INR 3,900 Cr) for the construction of a new plant at Hansalpur.

The proposed factory will boast a manufacturing capacity of over 250K units. With the investment, the company’s funding in Gujarat has touched $2.1 Bn (INR 13,400 Cr) as reported by Inc42.