After being a market leader in switches, Anchor Electricals is turning its focus on new segments like LED lighting, solar panels and fans as its next engines of growth. 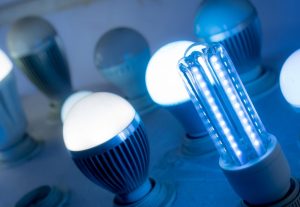 Anchor Electricals was acquired by Panasonic Corporation in 2007, and since then, its switches have been marketed under the Anchor By Panasonic brand.

As a subsidiary of Panasonic in India, Anchor wants to build its LED lighting portfolio under the Panasonic brand and is targeting revenues of ₹600 crore from the segment by 2018.

Dinesh Aggarwal, Joint Managing Director, Anchor Electricals said that LED as technology was discovered by a former employee of Panasonic in Osaka and Anhor wants to succeed in this segment in India and treat it as their next growth driver under the Panasonic brand as the branded LED market is poised to grow from the current ₹7,000 crore to ₹18,000 crore.

However, there is tough competition in the LED lighting segment with stalwarts like Philips (market leader), Crompton Greaves, Wipro, Bajaj and Havells along with Chinese lighting makers flooding the category.

He further added that Anchor wants to stay away from the decorative lighting segment since it is a high risk business but focus on professional lighting where they will be competing against companies like Philips. Currently, Anchor have third party manufacturing, but would consider manufacturing if there are enough volumes.