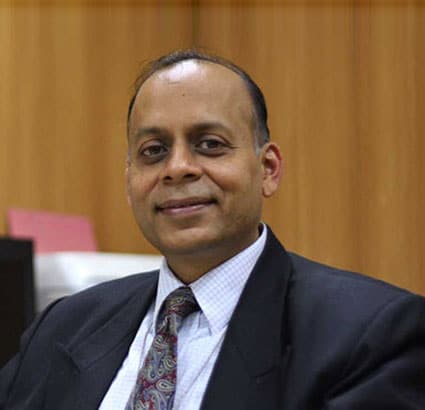 To delve deep into the objectives of the draft Defence Production Policy 2018, we pursued the expert himself. On a scorching summer afternoon, the editorial team of Electronics Bazaar made its way to an office within the Ministry of Defence (MoD) at New Delhi. Baishakhi Dutta, senior business journalist, Electronics Bazaar had a candid conversation with Dr Ajay Kumar, secretary, MoD, who gave us an insight into the draft policy and explained how India is set to make a mark at the global level. The excerpts follow…

EB: The draft Defence Manufacturing Policy 2018 is expected to enable indigenous production. Kindly share your views on this.
The whole idea of the policy is to make India one of the top five defence manufacturing hubs in the world. Under the new defence procurement procedure, there are specific provisions to foster the growth of the indigenous defence industry. There are various strategies in the policy, which will guide us on how this goal can be achieved. PM Narendra Modi has said that systemic changes and the de-notification of some regulations are to be made to ensure that MSMEs and ordnance factories grow efficiently. The goals stated in the draft policy are achievable if an adequate budget is made available and bottlenecks are removed. However, building an industrial ecosystem is our top priority.

EB: While the policy promises to substantially increase FDI in India, will it provide any benefits to A&D manufacturers in India’s private sector?
The rules regarding FDI in the Indian defence sector currently permit foreign companies to own 49 per cent of Indian units. The decision to liberalise FDI in the defence sector has given a boost to defence production under the ‘Make in India’ initiative.
However, higher FDI is just one of the strategies. The whole idea is to encourage the public sector as well as the private sector in the country. So, apart from giving importance to FDI, we also want to encourage both these sectors. It is the growth in all three – FDI, the private sector and the public sector – that will help in creating the right ecosystem.

EB: With regard to AI, IoT, cyber space, etc, which of these latest technologies do you believe will see large scale implementation in modern A&D production?
Everything is slowly coming closer to artificial intelligence (AI), as AI is becoming as all-pervasive as the Internet itself. AI usage in defence systems varies from case to case. You can see that UAVs (unmanned aerial vehicles) are now one form of AI. Robots are being used by the armed forces, which is another form of AI. This a very fast-evolving area and I believe a lot will happen here in the future; so India also needs to be prepared to take advantage of this trend. We should not get left behind in this race, while other countries take the lead.
At present, our IT industry is quite strong, although we need to do more in AI. So we have set up a task force comprising members from industry, the government, the defence sector and from academia. We have chosen N. Chandrasekharan, the chairman of Tata Sons, to head the task force because it is essential we work closely with the industry to implement AI in the defence sector.

EB: How do you think Indian players are gearing up to face the potential cyber threats that could impact the electronic systems in the A&D space?
Cyber security is adding further challenges in the AI domain and, under the IT Act, various steps have been taken. All our forces are taking various precautionary measures to ensure that any kind of cyber threat can be controlled.

EB: The MoD is working towards getting quick approvals from the Ministry of Home Affairs (MHA) for defence projects. Kindly elaborate.
The role of the government is very important in the defence manufacturing sector. This is because, first of all, it is the government that grants licences to the defence manufacturers and exporters. Second, in India, the government is also the biggest buyer of the systems produced. We are trying to build a defence ecosystem in the country. Speeding up the process of granting licences to defence projects is a part of that effort. The Ministry of Home Affairs and the Department of Industrial Policy and Promotion (DIPP) have been working closely with us. Recently, several applications to manufacture small arms got MHA approval within a short span of time, due to the proactive response from the ministry. Going forward, we intend to continue at a similar pace.

With India being the world’s fastest growing civil aviation market, there is a tremendous opportunity to leverage the aeronautics industry here. HAL, which already offers several helicopters, fighter jets and other aircraft for the defence sector, has released its advanced light helicopter (civil) for commercial exploitation with private sector partners. The Dornier 228, a 19-seater aircraft, which is perfect for regional connectivity, has received DGCA clearance for commercial operations. Even the aero-components industry is getting more globally integrated with companies like Lockheed Martin, Boeing and Airbus, among other firms, sourcing from India. The development of the civil and defence aeronautics market has tremendous potential. The draft Defence Production Policy refers to developing a 90-seater plane for regional connectivity, and also setting up an aeronautical university.

EB: In your opinion, what are the current obstacles to India’s progress towards this goal?
There are certain obstacles that we are trying to address in this draft policy. We intend to focus more on ease of doing business, encourage greater participation of private players, leverage our IT strength further, leverage our friends in civil aviation, etc. Traditionally, we have not focused on exports. To become a global hub in the true sense, India needs to start exporting. So, all this put together will help India achieve its aim of ranking among the Top 5 defence manufacturing hubs in the world.

EB: What would your advice be to players in the private and public sector, regarding the ‘Make in India’ mission?
Earlier, we witnessed the opening up of the broadcasting, the civil aviation and the telecom sectors. Now the defence sector is opening up, and that is a huge opportunity for everyone. The size of the cake is increasing. The private as well as the public sector have immense opportunities to grow in this sector.

EB: What are the government’s immediate plans to encourage more private sector participation in the A&D space?
The government aims to improve the ease of doing business, promote exports, increase the level of indigenously made aerospace components in the OEM industry, and leverage our strength in IT. These are some of the key activities on the government’s agenda to boost the number of private players in the defence sector.

To boost defence production in the country, Prime Minister Modi has announced the move to establish two defence industrial corridors in the country. Both defence corridors, one in Tamil Nadu and the other in Uttar Pradesh, will utilise resources to develop defence manufacturing ecosystems in the region. The corridors will become the engines of economic development in both the regions.

EB: How crucial will startups be in this domain?
They will play a very important role. Aiming to give an impetus to startups, the prime minister launched the Innovations for Defence Excellence (IDEX) scheme on April 12, this year. Under this scheme, innovation hubs, in the defence sector, will be set up across the country. The purpose of the scheme is to incubate ideas and provide support through infrastructure, for defence related startups.

EB: Do you think India’s hardware development infrastructure is adequate for such ambitious goals?
I feel the Indian hardware sector is growing very fast. A lot of new investments are coming in. New capabilities are getting established in the ESDM sector. Bharat Electronics has got tremendous capabilities. But we need to improve and be a technology provider, and not a technology recipient. Startups can help us achieve that goal.

EB: What regulations has the government made for strict quality control in the A&D industry?
Recently, to ensure strict quality control in the aerospace sector, Hindustan Aeronautics Ltd (HAL) has introduced third party certification. We are also looking at how we can promote exports by exploring how our defence manufacturing companies can use the NATO codification system for defence equipment. This will help Indian firms export more easily. We are trying to align our overall quality control and standardisation mechanisms with the best practices in the world