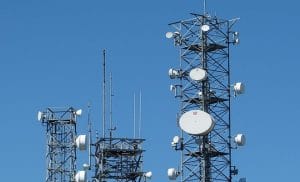 Manoj Sinha, Minister, Union Communication India announced that the Indian telecom industry will roll out one million Wi-Fi hotspots in India by December 2019. Mr Sinha was speaking at the inaugural session of the India Mobile Congress (IMC) 2018.

A official statement regarding the announcement said, “Bharat Wi-Fi, a country-wide common inter-operable platform of one million Wi-Fi Hotspots, owned and operated by telecom service providers, internet service providers and virtual network operators will be rolled out across the country.”

The statement also mentioned that the Consumers will be allowed to access Wi-Fi hostspots falling under ‘Bharat Wi-Fi’ network from any of the operators partnering in the initiative.

The Department of Telecom (DoT), through the National Frequency Allocation Plan 2018 (NFAP), also presented a road-map for the Indian digital communications industry.

“The NFAP released a quantum of 605 MHz (megahertz) licence-exempt spectrum in 5GHz (gigahertz) band for Wireless Access Services and Radio Local Area Networks in outdoor, to meet the ever-growing appetite for data (from a current figure of 50 MHz since 2007),” said the official statement.

NFAP announced that it will also be offering over 30 license exempt bands for Ultra-Wideband Devices (UWDs) and Short Range Devices (SRDs) with an additional spectrum for M2M (machine-to-machine) services.

DoT mentioned that it will be working on reducing levies payable by Virtual Network Operators (VNO) by deducting payments for resources taken by VNOs from telecom service providers. The move will likely result in avoiding double taxation at various stages.