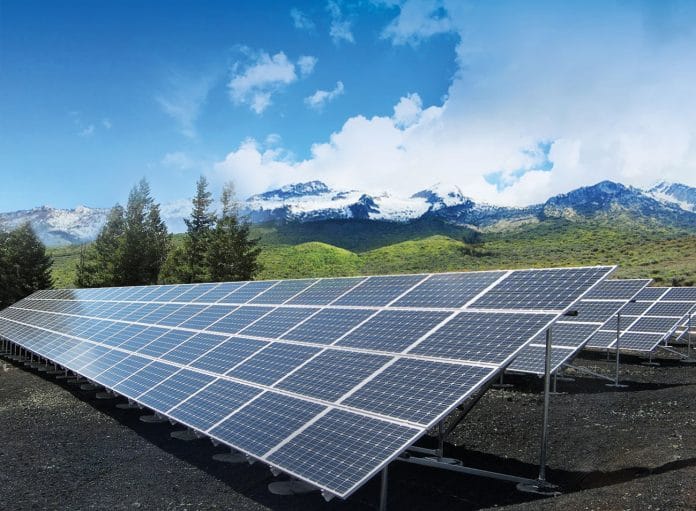 The growth story of the Indian solar industry is already creating a buzz globally. The good news is that more projects are getting commissioned and new players are entering the fray. However, the performance of existing plants and the output of the solar rooftop sector must be reviewed to help achieve the revised solar targets within the given time frame. By many accounts, FY 2017-2018 remained quite an impressive year for the Indian solar sector. This year, the landmark capacity of over 20GW operational solar power was achieved almost four years ahead of the initial target and a whopping US$ 10 billion worth of investments were received (compared to US$ 6 billion in the previous fiscal year), to help solar power swiftly secure a vital position in India’s energy portfolio. A recent report by clean energy research firm Mercom Capital states that solar was the only power source in India to grow year-over-year in 2017-2018. The report highlights that solar capacity recorded the highest increase of 89 per cent year-over-year (YoY), and its share in India’s power sector grew from 3.76 per cent in March 2017 to 6.59 per cent in March 2018.

After analysing the potential of this sector, the government had earlier revised the solar energy target, setting it to 100GW of solar power capacity by March 2022 — 60GW from ground-mounted power equipment and 40GW from rooftops. At the present juncture, it is clear that the growth of the Indian solar sector is almost unstoppable, but what the industry players and the government need to understand is that an aggressive policy of installing large grid-connected solar plants alone won’t suffice. Both the government and industry need to also focus on the sustainability of existing plants and greater participation from the rooftop projects, because both these verticals are currently facing a lack of process protocols and need some urgent help to pick up pace.

The need for sustainability
Though solar energy comes from a renewable source, generating this power is not necessarily a sustainable process. As an example, if the equipment used to produce solar energy costs more than the value of the power it produces during its entire lifetime, then this can in no way be considered a sustainable process. Currently, a majority of solar parks are operating below the sustainable level. The main factors restricting their operations are that the equipment used is of average quality and second, most of the parks have not been constructed as per the guidelines issued by the Ministry of New and Renewable Energy (MNRE) and, therefore, operate below par.

It is true that a solar power plant can never perform at 100 per cent of its capacity because we cannot harness solar power all day, nor do so throughout the year. So, the commonly used metric to determine the real output of a solar plant is the capacity utilisation factor (CUF), which is measured in terms of a percentage. In simple terms, the CUF gives the measure of how well a solar plant is utilised. As per data released by MNRE in May 2013, the CUF of India’s solar parks falls between 11 to 31 per cent, while the draft of the National Electricity Plan released by the Central Electricity Authority (CEA) in December 2016  states that the CUF of solar plants should be around 20 per cent. Unfortunately, most of the operational solar parks in the country fail to match this CUF level. Industry experts point out that most of them are operating at as low as 9 per cent of their total generation capacity, which is a loss to both the investors and the solar developers.

To make the entire solar industry of the country sustainable, the industry is demanding the implementation of a mechanism that will audit the solar power plants that have been commissioned in the last five to seven years to check if they are capable of delivering the required output. Ajay Prakash Shrivastava, president, Solar Energy Society of India (SESI), told Electronics Bazaar that the government should form a quality check mechanism to monitor the operations of existing plants, evaluating whether they are actually generating the units they are supposed to. Explaining the need for such a mechanism and the associated advantages, he says, “Such mechanisms are very crucial when your industry is largely dependent on imported solar modules because, in some cases, the product does not function properly. So there should be quality check units to see if the panels are working properly and producing the desired amount of electricity.” Shrivastava adds that such checks will not only ensure sustainable operations of existing plants but also provide financial security.

Promoting rooftop solar plants
So far, the focus in India has remained largely confined to large scale utility plants. But the industry has realised that this approach alone is not going to fulfil India’s solar power targets and, hence, the potential of the rooftop sector is also being explored. Moreover, in a country where transmission losses have reached epidemic proportions—in some cases, amounting to almost 90 per cent of the power generated – rooftop solar power has the scope to become a game changer as, in this case, losses will be less than 1 per cent and thereby reduce the overall cost of power to the end customer.

However, the lack of general awareness and limited buying options are preventing rooftop projects from becoming more widespread. The biggest challenge is the lack of clarity about the net-metering programme in some states, where users can sell extra electricity generated from their rooftop systems back to the grid. For commercial and industrial rooftop projects, even without net-metering, financially viability is possible. But the residential sector is unable to encash the potential benefits because the current rates charged to residential users, even though subsidised, make installing rooftop solar panels unviable; without profits flowing in, residents cannot cover the upfront costs soon enough.

Therefore, the implementation of a uniform policy on net-metering is the need of the hour to make this segment more consumer-friendly and suitable for evolving technologies and business models.

The unsupportive nature of discoms is another challenge that is threatening the rooftop solar business. Their passive opposition, like delays in payment, is actually resulting in huge losses for this sector. Furthermore, the bidding cycle of the rooftop segment is too long compared to the grid-scale solar parks. It includes unnecessarily long site screening processes, long periods to evaluate projects and a lack of transparency.

Recently, to bring some clarity to the bidding process, MNRE has strictly reminded the implementing agencies of solar rooftop projects under capital subsidy schemes that they must adhere to the ministry’s guidelines; otherwise, the project will no longer be eligible for subsidies. The sector is in need of a few more similar concrete initiatives; else, it will be extremely difficult for the country to achieve the target of 40GW for rooftop solar power. Although the government is already offering capital subsidies, tax waivers and cheaper debt financing for the sector, these efforts will be wasted unless a reformed net-metering system and policy framework is put in place, whereby both discoms and consumers can earn their profits.