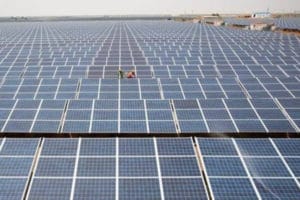 According to a report, SunSource Energy inaugurated its 6MW rooftop solar PV Project in Bhilwara, Rajasthan. This project plans to provide clean energy to one of the industrial sites of one of the leading textile companies based out of Rajasthan, for a period of 25 years.

The project has been developed on 5 rooftops of the industrial site, spread across 21,00,000 square feet. The project is claimed to be in lines with Neev Fund’s commitment to provide sustainable development in low-income states of India and is expected to offset over 2,00,000 tons of CO2 emission over its lifetime.

“SunSource Energy offers tremendous value to its industrial and commercial customers to reduce their energy costs and reduce their GHG emission footprint through Solar energy. This project is a testament to our reliable execution capabilities, and we are glad to contribute towards the realization of Hon’ble Prime Minister’s clean energy targets.” said Kushagra Nanda, President, and Co-Founder of SunSource Energy.

He also added that their track record of adapting the latest viable technologies to their solar plants have enabled solving customers’ problems and gain their trust. This also leads to repeated orders from such reputed clients.

One World, One Sun, One Grid initiative

On the other hand, Lord Ahmad of Wimbledon, UK Minister of State for South Asia and the Commonwealth, said, “It is a great pleasure to inaugurate this magnificent project in India. I’d like to extend my congratulations on behalf of Her Majesty’s Government and all of us here in the UK to the Indian Government, the State Bank of India, NEEV Fund, SunSource Energy and everyone who has been directly and indirectly involved with this fantastic project and bringing it to life. This project is a fine example of what’s possible when we work together. Our involvement in this project is very much in the mould of the win-win cooperation that typifies the modern, progressive, dynamic relationship we have built between the United Kingdom and India.”

He also added “Supporting the global transition to clean energy is a big part of the relationship between our two countries, particularly as we have only one way to take on this challenge – collectively. The United Kingdom is delighted to be a member of India’s International Solar Alliance and to be part of its various other initiatives contributing towards this transition. PM Modi Ji’s ‘One World, One Sun, One Grid initiative’ is another example of the leadership that India is providing on this important agenda”.

Manav Bansal, Chief Investment Officer, Need Fund shared “ Neev Fund was launched by Prime Minister Modi and the former Prime Minister of the UK, Mr. David Cameron, with the purpose of investing in geographies that did not traditionally receive private investments. The idea is to create world-class enterprises, which will in turn positively impact the lives and livelihoods of the poor. SunSource Energy is a prime example of Neev’s investment, that has helped bring about systemic change in the sector.” 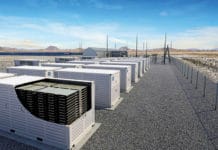 How Battery Energy Storage Systems Improve The Quality Of Power 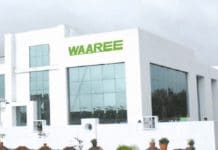