Technology has become such an indispensable part of our lives that we find ourselves complaining when we lose access to Wi-Fi networks or some other such minor inconvenience. Yet, there is a large population struggling to get even the most basic human needs. India has been ranked 102 out of 117 countries on the Global Hunger Index 2019. But there is hope yet, as a number of companies across the globe are using solar power to improve farming methods and yields.

Amidst dwindling natural resources, we need to consider viable solutions to meet the global demand for nutritious food for the growing population, even while improving the livelihoods of people. In this article, we discuss the major reasons behind food scarcity and how solar power can make a significant impact in addressing the issue.

Our unsustainable farming practices involve deforestation and greenhouse gas (GHG) emissions which result in climate change. Unsuitable weather conditions such as droughts and floods continue to ruin our crops. Proper use of the available land as well as sustainable irrigation are important factors in farming. As the prices of solar panels become more economical every day, they can not only help in reducing irrigation costs, but can also reduce the carbon footprint of the agri sector.

For instance, the company SunCulture makes affordable solar-powered machines for irrigation. Its products include RainMaker2 with its ClimateSmart Battery, RainMaker2 with ClimateSmart Direct, and Shakti Pumps. The machines use solar power to pump water from any source in the vicinity. The amount of water available per day depends on the distance between the pump and the source. A mobile app is used to design customised irrigation systems with inbuilt sprinklers for farmers, thereby giving a high yield while conserving water.

A drip irrigation add-on for the RainMaker2 system further increases efficiency by reducing water consumption. Microsoft has already partnered with the startup to boost this initiative.
Several companies such as Golden State Clean Energy have been converting unused land into solar farms. Often, the land used to install solar panels is also suitable for certain crops, since both need sunlight. The electricity produced is used for powering various agricultural activities.

The unoccupied space in these large stretches of land can be further used for farming to meet food and energy demands simultaneously, thereby compounding land productivity.

Small livestock can also graze on land unoccupied by the panels. An example of optimising land usage is seen in northeastern Japan where farmers have grown cloud-ear mushrooms below the solar panels. These mushrooms thrive in dark and humid conditions. Also, traditionally designed solar panels are close to the ground and block the sunlight. Changing the design of solar panels, such as deploying elevated solar arrays, can be useful to grow certain varieties of crops under the raised panels and achieve dual-use farming. The excess electricity generated can be supplied to other sectors. Automobile manufacturer Honda recently agreed to purchase electricity from solar and wind farms.

Another idea, the smart floating farm (SFF), is an alternative to land-based farming. The top layer in these farms has photovoltaic cells to generate electricity. The gaps left between the PV panels ensure that sunlight reaches the plants growing below. Other renewable energy sources like wind turbines as well as systems to generate power from waves are also available.

Besides rainwater collectors, water recycling systems can be used to meet the water demand.

In the case of SFFs, plants are grown in a hydroponic system without soil, thereby avoiding the requirement for rich, arable land. The tank in which the water is stored for cultivation can also be used for breeding fish. Benefits include no dependence on rainfall, reduced imports and faster time to market. Plenty, a vertical-farm startup, that uses hydroponics and LED lights, has attracted huge investments from investors like Amazon’s Jeff Bezos to expand its operations. 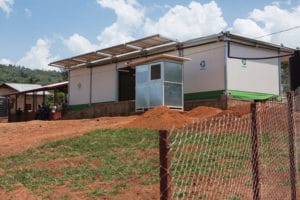 Often, even after sufficient cultivation, food wastage at one place results in a shortage in another. According to the UN’s Food and Agriculture Organisation (FAO), 1.6 billion tonnes of food worth more than US$ 1 trillion gets lost or goes waste annually, worldwide. One of the main reasons behind post-harvest losses is the absence of cold storage facilities due to electricity shortages in many underdeveloped and developing countries.

Switching from diesel-powered generators to solar refrigerators provides a sustainable way of storing perishable food items. This can reduce wastage significantly by increasing the shelf life of the food through heavy insulation. The thermal energy from the sunlight is sufficient to convert the refrigerant from gaseous form to liquid, which returns to gaseous form once the heat is removed. The operational costs are reduced due to higher energy efficiency and the absence of an electrical source or the DC-to-AC converter. Using a flexible ‘pay-as-you-store’ subscription, ColdHubs in Nigeria provides cold storage to increase the shelf life of locally grown food, from two to 21 days, and is expected to increase the number of such warehouses across the country. Kenya based Solar Freeze provides solar powered mobile cold storage units to farmers to address the same issue. Recently, the business received US$ 75,000 by participating in Cisco’s Problem Solver Challenge.

We all know how plants make their food through photosynthesis. In 2017, Lappeenranta University of Technology (LUT) and VTT Technical Research Centre of Finland jointly produced a protein using carbon dioxide and electricity from a clean source of energy. This protein can be fed to cattle as well. Finland-based Solar Foods plans to launch this protein powder prepared by extracting carbon dioxide from the air using carbon-capture technology (like that provided by Global Thermostat), water, nutrients and vitamins. It will be branded Solein and will enter the market by 2021. As per reports, with 50 per cent protein, 20-25 per cent carbohydrates and 5-10 per cent fat, Solein could have a wide variety of applications.

Public-private partnerships in this sector can further boost growth and result in substantial payoffs. Although such carbon-neutral initiatives are increasing, without effective implementation, the world’s target of reaching zero hunger by 2030 will not be possible. 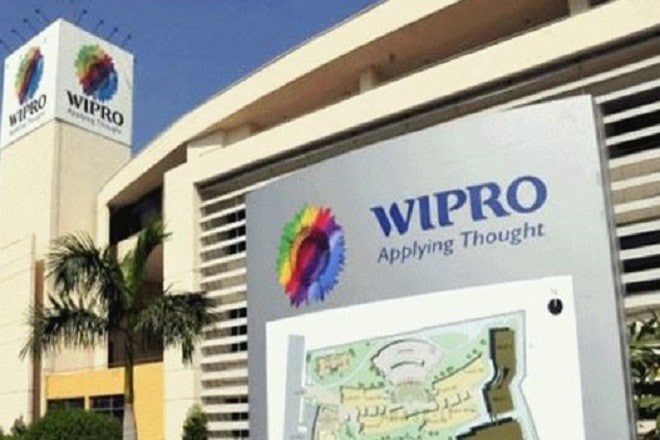