The inverter industry offers great opportunities for electronic components manufacturers. With a greater focus on technology, inverter manufacturers are now looking for suppliers who can fulfil customised needs

The Indian market for inverters is soaring to new heights. According to Praveen Kumar Jain, associate vice president , knowledge centre, Su-Kam Power Systems Ltd, the market is approximately ₹ 30 billion, and has been steadily growing at a CAGR of 8 per cent since the last five years
According to a report by ResearchAndMarkets, there are a large number of suppliers in the market, primarily in the sub-1kVA category and, to some extent, in the 1kVA-5kVA segment. Several consumer durables suppliers have entered this market in the last few years, primarily due to the robust demand in the domestic and small office/home office (SOHO) segments. This industry has seen a lot of technological and strategic changes in the past few years as it has moved from being an unorganised to a more organised industry, in which manufacturers are now offering complete solutions.
The inverters in the home, industrial and solar categories have seen a surge in demand, led by the home and solar inverters. While home inverters, which were earlier consumed primarily by urban households, are now gaining prominence in the rural regions as well, solar inverters are becoming the rage in industrial projects and grids. “Inverters have reached every part of the country but not every household as yet, as 70 per cent of the Indian population lives in villages. Today, almost all villages have electricity, but the supply is highly erratic. Hence, for regular and extended supply of electricity, the rural population is opting for inverters in their homes. So the demand is still huge and is shifting from urban to rural areas,” shares Yogesh Dua, managing director, upsINVERTER.com (UTL).
On the other hand, industrial inverters have restricted use in commercial spaces. These inverters are used to give power backup to lifts, and in some places, depending on the climate, they are now being replaced by solar inverters.
The demand for inverters is only going to grow in the coming years, as the purchasing power of the Indian consumer rises and the application areas for these inverters increase. This will lead to vast opportunities for components suppliers as well. In the coming years, we will see a growing demand for robust components that will help inverter manufacturers to innovate and introduce new technologies.

AN OVERVIEW OF THE INVERTER INDUSTRY

FEATURES THAT SELL THE MOST

WHAT MAKES AN INVERTER

WHAT CONSUMERS LOOK FOR IN AN INVERTER
Home inverters

Earlier, power transistors were used and now high efficiency MOSFETs and IGBTs are used. At Su-Kam, we have started using automatic temperature compensation (ATC) technology to increase the efficiency, life and performance of the system. Su-Kam is the first Indian company that has developed high efficiency transformer-less technology for inverters.
We have a strict supplier selection process, whereby, we evaluate a vendor’s quality, reliability, experience and capability to deliver to our strict and stringent quality norms. We choose vendors who have a proven track record of supplying with quality and reliability.
—Praveen Kumar Jain, associate vice president – knowledge centre, Su-Kam Power Systems Ltd

The contribution of inverters is going to grow as energy storage or power backup in industries will increase continuously in the future. The demand from households for small power storage products will also increase. Moreover, solar inverters will grow to become the most efficient systems as they are available with a power-sharing mode—from the grid and PV systems.
—Yogesh Dua, managing director, upsINVERTER.com (UTL) 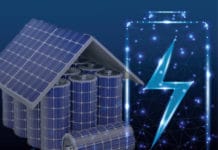 Batteries: The Future Of Renewable Energy 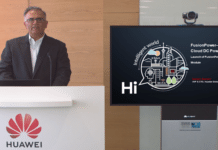 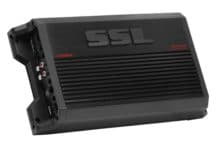