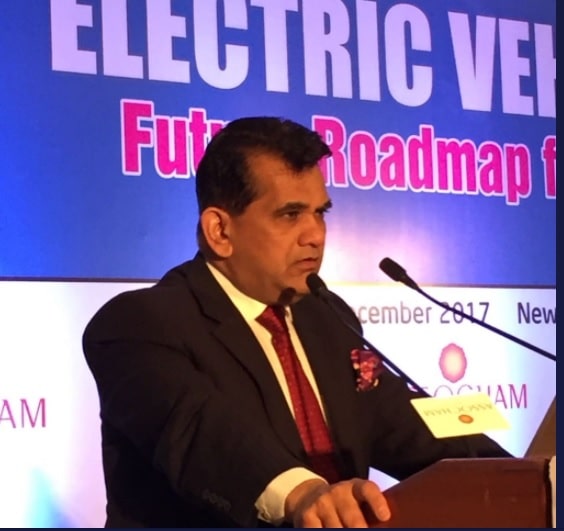 Highlighting the growing EV market in India, Assocham organised an international conference on electric vehicles at New Delhi. Various industry stalwarts along with government officials graced the occasion and shared their views on the future of EVs in India.

Amitabh Kant, CEO, Niti Aayog, started off by mentioning, “India wants only electric cars to run on its roads by 2030, but we must not forget that it is a path riddled with several challenges accompanied by equal opportunities”. The event was later followed by two panel discussions on cell manufacturing and manufacturing ecosystem of EVs in India. 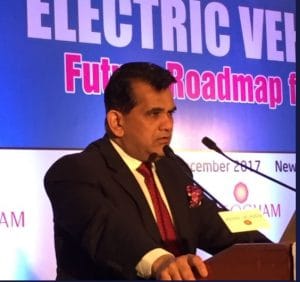 Talking exclusively to Electronics Bazaar, few key speakers shared their views, when asked about the success of electric vehicles in India in the ongoing year and also the road-map ahead. Venkat Gandikota, Technical Business Consultant shared his view saying that while electric vehicles are the future, the direction in which India is moving, is erroneous. He expresses that India cannot expect to be successful in the EV sector by having coal, a nonrenewable energy source, as the base. India needs to opt for renewable energy to see the daylight in the upcoming days.

On the other hand K.Balasubramanian, distinguished scientist & director, NFTDC, is of the opinion that majority of the electric cars that are being developed today are for personal use. Very few players are developing electric cars for public transport. However, the demand for electric vehicles as public transport is gradually going up. On the supply side there still lies a dilemma among the players as to how much they should invest in make-versus-buy. He believes India needs to have more research on the equipment parts, a field where we are lagging behind as a nation.

Commenting on the road-map ahead Debi Prasad Dash, Director, IESA said that the upcoming year will only witness the doubling of cell manufacturing upto 40,000 units but not more than that. He shared his concern that the only genuine improvement this year has witnessed is the growth in the cell production up to 20,000 units from last year’s 15,000 units. He adds that when it comes to two wheeler, four wheeler and electric buses, the options in India are very less for the highest opportunity of EV in India are in e-rickshaws.