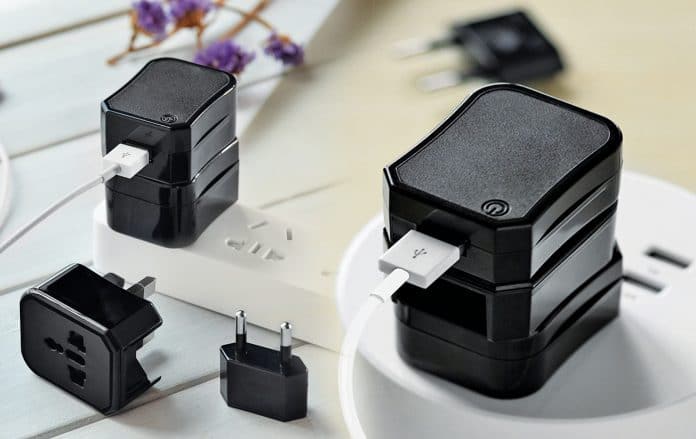 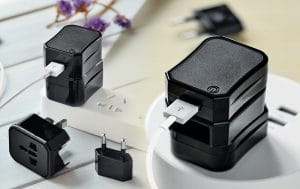 Local adapter manufacturing companies are collectively demanding more support from the government in order to manufacture products of global standards. The policies or duty structures currently in place do not fully eliminate the disadvantages of manufacturing in India. This article examines the current policies as well as the demands that the industry is making.

The Indian adapter manufacturing business is an amalgamation of many small and medium adapter makers and a handful of large manufacturers. The credit for local manufacturing of adapters goes to the cable TV digitisation drive and the increased usage of mobile devices like laptops, smartphones, etc. In spite of a large number of local manufacturers, the domestic adapter market is lagging far behind China, because what started off as local manufacturing is actually nothing more than just assembling parts and units imported from China, and making spare adapters rather than supplying original products to companies in the first place.

Devendra Chauhan, technical and sales head, Shyam Electronics and Magnetics, whose company clocks an annual turnover of ₹ 40-50 million selling adapters, states that currently, his firm is operating around 40 per cent below its production capacity. “The lack of orders is mainly because we produce spare parts and our adapter is not sold with the original product,” he explains.

Of all the hindrances that the adapter industry players highlight, the most common complaint is about the buyers’ tendency to buy low cost products rather than focus on quality or global standards. S.K. Marwah, director of Shiv Shakti Electronics, a manufacturer of SMPS and power adapters, says that local manufacturers are capable of providing quality products but doing so will raise their costs. He points out that in India, the customer sets the price bar first. And manufacturers have to produce adapters within that price limit. “Here, people prefer to buy a low cost product; therefore, we have to compromise on quality,” he adds.

However, in order to promote domestic manufacturing capacities and value addition in the adapter business, the government has taken two crucial steps. First, it is revising the GST rates of the raw materials that are used in making adapters and, second, it is imposing a 10 per cent customs duty on imported adapters. To understand how successful these two policies are in boosting local manufacturing, we reached out to some domestic players and asked them to share their opinions.

The revised GST rates
Before the implementation of GST, adapter makers were paying 12.5 per cent VAT in addition to the excise duty. After the GST rollout, adapters were placed in the 18 per cent tax slab. Confusion arose when components like PCBs, which are used in manufacturing adapters, were also kept at the same high tax slab. Seeing the industry in turmoil, the government acted fast and soon slashed GST on components that are inputs for final products. So components like PCBs have been shifted from the 18 per cent tax bracket to the 12 per cent one. For the majority of adapter manufacturers, this came as a big relief; however, there is still a section of the industry that feels that the taxes should be reduced even further.
Chauhan thinks that if the government reduces the difference in GST rates between the final product and the raw material that goes into making it, it will ultimately benefit the end customer. When asked how much relief he would like in the taxation on the final product, Chauhan replies, “I think this should be reduced to around 15 per cent from the current 18 per cent.”

On the flip side, Marwah feels that the 18 per cent GST rate is quite feasible and is not a hindrance to local manufacturing. Comparing the taxes in the pre- and post-GST regimes, he says, “Earlier we used to pay excise duty along with the VAT, which ultimately added up close to 18 per cent. There isn’t much difference after the implementation of GST.”
On a similar note, Neeraj Bharara, director, Rosy Electronics, which is engaged in making AC-DC adapters for set-top boxes, says that the situation is quite balanced now. “Earlier, the issue was that input components and materials were placed in the highest tax slab. Now the output and input are in the same tax range, which has simplified the manufacturing process,” he says.

Imposition of customs duty
The government imposed a 10 per cent basic customs duty (BCD) on mobile chargers and adapters, soon after the GST rollout in July 2017. Although the parts or raw materials used for making these products were kept out of the duty ambit, many manufacturers think that this move isn’t a stimulus for adapter manufacturing.

Industry players point out that the government has imposed the duty on complete adapters while most of the companies in India are importing adapters in the form of semi-knocked down (SKD) units. When asked why the import of SKD units does not add much value on the manufacturing front, Chauhan says, “Since manufacturers are importing SKD units, it is not generating many jobs here. Importing completely knocked-down (CKD) units has the potential to generate jobs. If you are importing SKD kits, there is a dip of almost 15 per cent in job generation as compared to when CKD kits are imported. That is why this step is not really benefiting local adapter makers.”

Industry’s recommendations to the government
The need to impose import duty on SKD units: Currently, imported SKD units are exempted from any kind of duty and therefore people are importing these in bulk. Chauhan suggests imposing a 10 per cent duty on SKD units as well. “Once the duty is imposed, it will automatically make the SKD product costlier and people will start assembling in India, which will ultimately lead to more local labour involvement and help in generating revenue,” he highlights.

Funds and subsidies: Underlining the problem of quality not matching export standards, Chauhan says that lack of funds is the main issue. “The government is not providing any help in this regard in terms of financing,” he adds. Lack of proper machinery is another factor that is holding back the adapter industry’s capability to scale up globally. This business is primarily dominated by small players who are financially not very strong, and they need funding support to invest in machinery and in the expansion of facilities so that they can match international standards of production.

What You Should Know About Power Resistors