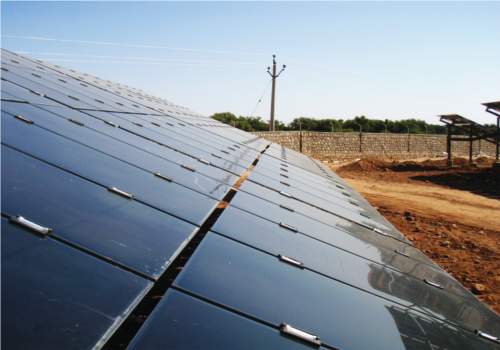 The total viability gap funding (VGF) required to meet the targets of phase II of the JNNSM is estimated to be Rs 18,750 million, calculated at the rate of Rs 25 million/MW 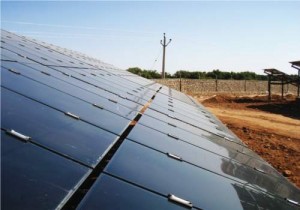 Saturday, December 28, 2013: Despite the delay in the launch of phase II of the Jawaharlal Nehru National Solar Mission (JNNSM), the outlook for India’s solar sector remains positive. Launched in 2010, the JNNSM was divided into three phases. The first phase had a target of 1000 MW of grid connected solar power projects by 2013. According to figures from the Ministry of New and Renewable Energy (MNRE), by the end of August 2013, India reached 2.1 GW of cumulative grid tied and off-grid solar photovoltaic (PV) installations, indicating that the country has already exceeded the assigned target. Riding on this success, MNRE is gearing up to achieve grid parity by 2017 (that is, by the end of Phase II), which is five years before the stipulated timeframe of 2020. Sunil Goel, vice president, Maharishi Solar Technology Pvt Ltd, believes that although this target is huge, with the current momentum, grid parity will be achieved much before the stipulated time.

After a relatively slow period, in August 2013, the industry added 130 MW of grid-tied PV-based solar energy generating capacity (a capacity of only 73 MW had been added in April and May 2013). Also, the country added 90,000 sq m of solar water heating collection area in August 2013, to reach a cumulative total of 7.16 million sq m. As per MNRE estimates, by August 2013, India had achieved 1969 MW of grid-tied PV solar power systems and 131 MW of off-grid systems. Keeping this pace in mind, the government plans to roll out phase II with an additional installed capacity.

In 2011, big coal plants had signed power purchase agreements (PPAs) with tariffs of Rs 2.8/kWh, while solar power was as high as 18/kWh. Now, large grid connected solar projects have reached a tariff of Rs 7/kWh. The industry is hopeful that the tariffs will further decline to Rs 5/kWh in the next two years. This is a clear indication that the solar industry can achieve grid parity by 2017. “Recently, Karnataka bid as low as Rs 5.15/unit, which is the lowest tariff ever. Also, PV module costs are declining with the average cost of a project being around Rs 65-70 million, leading to a reduction in capex. Considering the price trend and the emerging bidding patterns, we are hopeful that the solar industry will reach grid parity much before the expected timeframe,” informs Parag Gacche, manager, business development, Sterling & Wilson Ltd. The company is an associate of Shapoorji Pallonji and a major EPC player.

Some MNRE strategies may fail in phase II

With the aim to achieve grid parity by 2017, the MNRE has adopted strategies like bundling schemes, generation-based incentives (GBI) and viability gap funding (VGF).

Bundling schemes were the financing mechanism adopted during Phase I, which helped in achieving targets. Under this mechanism, solar power was bundled with power from the unallocated quota of the Ministry of Power (MoP) generated at NTPC’s coal-based stations. But now, since there is a shortage of unallocated quota for conventional energy, the government cannot rely much on this scheme in phase II.

Similarly, there will be only limited application of the GBI scheme during phase II, which targeted grid connected rooftop projects and small solar PV plants, as just 60 MW of capacity has been achieved so far through this scheme. Also, only states that were not covered under this scheme in phase I will be eligible for GBI in phase II.

The MNRE is, therefore, banking heavily on VGF to reach grid parity by 2017. The total VGF required to meet the targets of phase II of the JNNSM is estimated to be Rs 18,750 million, calculated at a rate of Rs 25 million/MW. Bids for VGF will be invited in Rs/MW terms from project developers and the bidder with the minimum VGF requirement will be selected.

VGF will be provisioned through the National Clean Energy Development Fund and international funds under the United Nations Framework Convention on Climate Change (UNFCCC). The funds for selected projects will be disbursed on a deferred payment basis to ensure timely completion of the projects. VGF will cover up to 40 per cent of the upfront costs of projects.

The government seems positive about this scheme though the industry has a different take on it. According to industry pundits, VGF is a capital subsidy that bridges the gap between the project cost dictated by the prevailing electricity rate and the price quoted by a developer.

“VGF is not the best way forward. Earlier projects based on subsidies are still on hold, which is the basic problem with subsidy schemes. Further, VGF is based on reverse bidding, so there is the possibility of poor standard of the projects. Hence, the longevity of the projects will be at stake,” says Parag Gacche.

According to the VGF guidelines, VGF also provides an option of availing accelerated depreciation (AD) for the project. AD is a tax benefit, which allows companies to write off about 80 per cent of the invested capital in the first year. With developers recovering a substantial amount of their investment in the first year through VGF, coupled with 80 per cent as AD, there will be little interest for the developer to invest further in the project. According to a Bridge to India report, “The VGF mechanism not only has the potential to derail the policy motives but will also lead to the lenders doubting the developer’s intentions.”

However, according to MNRE, there are proper safeguards in place for VGF. First and foremost, this scheme is valid for only the first few solar PV projects that add up to the target of 750 MW. So, if the strategy does not work, the government can easily switch to other schemes. Also, VGF will be released in three steps. Of the total VGF, 25 per cent will be released at the time of delivery of at least 50 per cent of the major equipment followed by inspection by an MNRE committee. Another 50 per cent will be released on successful commissioning of the full capacity of the plant, and the balance 25 per cent will be given after one year of operation after ensuring that the requirements of power generation have been met. Hence, the government has taken all the steps necessary to safeguard investments in solar projects in India, according to the MNRE.

Other strategies for phase II

Phase I was the era of incentives, during which the government laid emphasis on grid connected projects, off-grid products and rooftop solar projects. However, in phase II, the government’s major thrust is on developing large -scale projects. According to a recent announcement, the government is all set to establish the world’s largest solar power project in Rajasthan, with a total generation capacity of 4000 MW.

Phase II will also put a greater onus on the states and more emphasis on solar PV projects to achieve grid parity. Unlike the mix of solar PV and solar thermal projects adopted in phase I in a ratio of 50:50, the government has laid more emphasis on solar PV than on thermal projects in phase II, with the mix being in the ratio of 70:30. This shift in favour of solar PV is due to the significantly higher installation target for phase II within a relatively shorter gestation period.

Many Electronic Equipment and Components Made in India, Still Imported: Power...