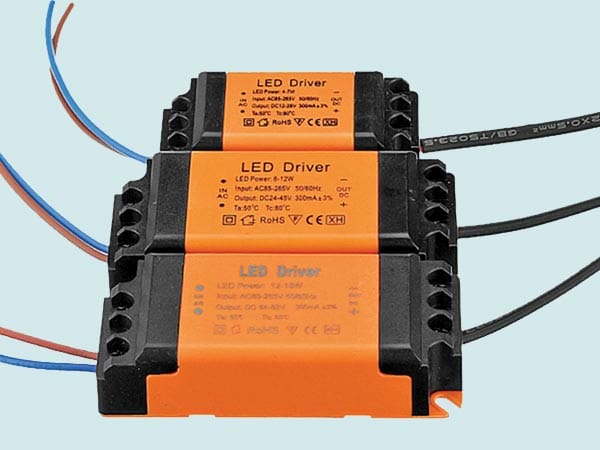 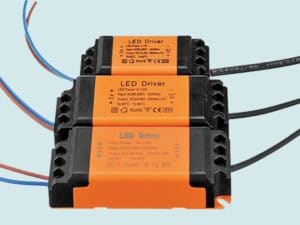 An LED power supply significantly influences the performance and stability of LED lights. In fact, it is also considered the brain of an LED lighting system. LEDs cannot function in exclusion of three essential components—the chipset that emits the light, the driver that regulates power to the light source, and the heat-sink that cools the unit. The LED power supply is a vital component that keeps providing the right voltage and current through an LED circuit. It efficiently regulates the power from high to low as the power required by LEDs is lower than other lighting alternatives. Besides, it also acts as an interface that integrates sensors and wireless communication modules to enable human-machine interaction for various smart lighting applications.

Importance of LED power supplies
LEDs do not consume a large amount of energy unlike traditional lights. Therefore, they cannot be plugged into the wall socket directly, as the high alternating current can damage or burn them instantly. They require a steady stream of power to generate light, and this is where the LED power supply comes into play. It is important for providing constant current or voltage, so that the LED can light up with maximum efficiency and brightness.

According to a spokesperson from Signify Innovations India, “LED power supplies, also known as LED drivers, provide LEDs with the electricity they require to function and perform at their best. The drivers regulate the power to an LED or a string of LEDs, and rectify high voltage-alternate current to low voltage-direct current. LED drivers also protect LEDs from voltage or current fluctuations.”

Harmeet Singh, principal analog FAE – member group technical staff, Texas Instruments, explains, “The LED power supply is an electronic device that regulates the power to the LEDs or string of LEDs. It is an interface between the AC supply line and the LEDs, converting 110V/220V 50Hz/60Hz AC into DC regulated current. Conventional light sources like bulbs work on AC power but LEDs work on DC input as the diodes have polarity.”

The voltage drop in an LED is almost constant for a certain level of current passing through it, following which it increases rapidly with little increase in applied voltage. Hence, the LED driver’s/power supply’s function is to regulate the current through the LEDs to obtain the desired brightness (these are known as constant current LED drivers). Alternatively, constant voltage LED drivers regulate the voltage, and there are limiting resistances used in series to power the LEDs. However, these are limited to low power strip lighting and indicator lamps.

Internal (integrated) drivers: Household bulbs have internal drivers rather than separate ones, because it makes replacing old incandescent or CFL bulbs easier. However, these drivers have their downsides too. Incorporating smaller components and parts in a compact space generates excess heat, impacting the overall temperature of LED lights, which can cause current spikes that can destroy them. An internal driver also adds extra weight to the fixture.

External drivers: These are normally used for commercial, outdoor and road lighting purposes. Cove lights, tape lights, downlights, as well as certain fixtures, panels, etc, require a separate driver. External drivers can be replaced easily instead of changing all the LEDs, thus saving time and money. In case these drivers fail to operate, they can be removed safely without affecting the tubes.

It is important to note that when an old driver is replaced with a new one, the input/output requirements should match perfectly with LED lights. Another plus point of external drivers is that they can comfortably integrate dimming and smart features.

Technological innovations
As the Internet of Things (IoT) continues to gain momentum in the smart lighting system, LED drivers have become important tools that can be connected to sensors for various purposes. They can be used for collecting data, controlling a single or multiple fixtures, etc. These drivers allow LEDs to be reassigned and reprogrammed without any additional installation changes, thereby giving more freedom and control in their operation.

In 2018, the IoT-Ready Alliance released a new standard with regard to LED driver compatibility with IoT. The ‘V1 Specification’ is an IoT-ready interface specification that addresses all mechanical, electrical and software interfaces for lighting controls. V1.0 offers compatibility with wired and wireless network topology such as IP/Ethernet, Bluetooth Low Energy (BLE), Zigbee, Z-Wave, or Wi-Fi and provides technical specifications for sockets capable of allowing IoT sensors or control modules to connect seamlessly to a luminaire.

Another technological advancement in the LED driver is the Dim-to-Off (DTO) feature that reduces the time taken for the lights to become brighter. This programmable feature helps lights to be turned off/on as per a scheduled power mode, and also switched off automatically when a room is not in use.

Singh says that as the radio spectrum is limited, we can see an integration of the Visible Light Communication (VLC) interface with LED drivers. This helps solve issues like electromagnetic interference, health hazards, inefficiency and security that are seen with RF technologies.
He adds, “For a higher wattage (>150W) LED power supply, the two-stage design (PFC Boost + LLC/phase shifted full bridge topology) is used. The trend is towards achieving more efficiency and high-power density with the use of GAN/SiC (gallium nitride/silicon carbide) MOSFETs instead of silicon MOSFETs. This improves reliability. Single chip isolated flyback LED drivers up to 120W with GAN are also making a way.”

Common issues with LED power supplies
One of the most common problems with LED lights is the overheating of the LED driver. LED drivers are designed to work in a certain temperature range and will overheat if operated beyond the maximum working temperature. This could potentially cause a failure of the LED driver. Singh says, “A surge immunity failure may be experienced in case of direct lighting strikes (which the driver cannot handle) and indirect lighting effects, in the form of conducted transients on input lines (as per IEC6100-4-5). Although the LED driver is designed to sustain the indirect effect, it has been known to fail on some occasions. An insulation breakdown of the transformer and usage of low quality components like aluminium electrolytic capacitors can also result in failure of the LED power supply.”

LEDs are known to be sensitive to voltage and current fluctuations. When a wrong voltage driver is used, it can potentially affect normal functioning. If the voltage is too low, LEDs will either appear too dim or fail to light at all. With a very high voltage, LEDs could either age prematurely (in the case of a minor overdrive) or fail badly (in the case of a major overdrive).

Flicker has been a major issue plaguing the LED lighting industry. Flicker may be inherent to the design of a luminaire but sometimes it can also be caused by external factors. Some of the causes include higher percentage of 100Hz/120Hz current ripple, loose connections, cheap quality, incompatible/improperly designed dimmer, and so on. The most common reason for flickering LED lights is a poorly matched LED power supply.

Precautionary measures
Safety considerations are crucial to enhance the performance and reliability in LED applications. The designs of LED power supplies vary from one another. These supplies are available in a variety of protections, such as short-circuit protection, over-voltage, over-current, over temperature protection, etc. These protections are represented by different standards. They can handle extreme temperatures and minimise catastrophic failure.

An LED power supply often comes with ingress protection (IP) rating that is meant for external use. This indicates how well the power supply can protect LEDs from environmental conditions, and keep the LED lights electrically safe and long lasting. The purpose of IP rating is to help clearly understand unit capability, instead of making assumptions with ambiguous terms like dust-free, waterproof, outdoor use, etc.

Last but not the least, one must make sure to choose a manufacturer who uses quality components like aluminium capacitors that have a longer life, uses proper insulation material and varnishing, and follows stringent quality control measures and testing procedures.

Jaguar Land Rover to invest Rs 1.2 lakh crore in next...