Home Headlines What To Look For When Choosing LED Bulbs 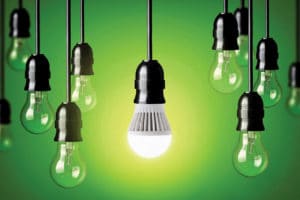 LEDs remain the most expensive bulbs in the market today, though the cost of LED technology has dropped dramatically in recent times. Unlike other bulbs, however, LED bulbs pay back the initial high costs in the long run. A smart approach is required while selecting these bulbs.

The Indian LED market is worth ₹ 114 billion, with LED bulbs and downlighters accounting for 72 per cent of the overall market. These are mainly used in homes, retail spaces and offices. The demand for LED bulbs has increased considerably primarily because of their energy efficiency. Incandescent bulbs convert just 10 per cent of the energy they consume into light, and the rest is released in the form of heat. CFL bulbs contain toxic mercury, a potentially dangerous substance that poses a health hazard to humans and to the environment. With the advent of new LED technology in the lighting industry, traditional incandescent and CFL bulbs have become obsolete. The advantages of switching to LED bulbs include low energy usage, a long life span and low maintenance. LEDs also save money in the long term, while having minimal adverse impact on the environment.

Let us examine the important aspects one needs to consider while selecting LED bulbs.

CRI or colour rendering index: The CRI is the measurement of light quality—of how accurately a light source can replicate colour to the human eye, relative to natural daylight. Understanding the CRI of the bulbs is important, as it influences the way a room looks. Natural daylight has the highest CRI rating, while artificial light sources fail to produce all the colours of the light spectrum. It is recommended that you select LED bulbs with a CRI score of 80, which is the standard requirement for general home use.

LED chips: These play an important role in the performance as well as the quality of the LED light bulbs. An LED chip is given a voltage range during the manufacturing process. This determines the output of the bulbs. LED chips control the light output and brightness. If the chips used are of good quality, LEDs last longer and deteriorate less, over time.

Why safety standards are important
In a study conducted by Nielsen for ELCOMA, it was reported that 47 per cent of LED bulb brands and 52 per cent of LED downlighter brands across many electrical retail outlets were non-compliant with consumer safety standards. These products not only violated the norms prescribed for lighting products by the Bureau of Indian Standards (BIS) and the Ministry of Electronics and Information Technology, but also posed serious health and safety hazards for consumers and the environment.

Apart from this aspect, when products are not subjected to safety audits by recognised labs, they are not strictly monitored. So the sale of such spurious brands in the grey market also affects tax revenues, resulting in significant losses to the government. These products are manufactured and sold through illegal channels at a much cheaper price. Besides, non-compliant manufacturers use various materials that are of inferior quality, so that they can sell the products at low prices to attract customers.

Consumers should be aware that such unverified LED bulb brands are not lab tested and consume excessive energy, rather than being energy-efficient. The life span of the bulbs is short and they have a low lumen output. From the safety point of view, they should be avoided as they could cause fires, injuries and even death.

Issues with low quality LED bulbs
Poor quality LED bulbs burn out easily when they are operated at a temperature above 60°C. Low quality materials are unable to dissipate the heat away from the diodes – this is usually done by the fins around the base of the bulb. Improper heat dissipation hastens the burnout rate in comparison with good quality bulbs. Therefore, the lights gradually lose their brightness and performance over time. All LED bulbs burn out over a long period of time, but the process or the speed of burnout is relatively faster with low quality LEDs.

Other external factors such as temperature as well as changes in the thermal load and humidity also accelerate deterioration with low quality LEDs. In badly designed LEDs, the heat-sink becomes ineffective, causing overheating, which in turn affects the efficiency of LEDs and increases the rate of burn out. Poor quality LED drivers can exhibit erratic behaviour when supplying power, which can lead to premature failure.

LEDs only provide light as long as electrical voltage runs through them. However, if the voltage is not constant, it disrupts operation, leading to a flickering light. Other issues that can crop up include fluctuations in colour, reduced life span, buzzing, an unpleasant glow even after being switched off, etc.

Factors to consider when choosing LED bulbs
Consumers should first decide on which light colour they prefer. The colour temperature they choose affects the mood/appearance of the room. The colour of the light depends on the bulb’s correlated colour temperature (CCT). It is measured in Kelvins, which refers to the warmness or coolness of the white light that a bulb produces. The higher the Kelvin (K) reading on the colour temperature scale, the cooler and brighter the light is. Next, LED bulbs are available in either clear or frosted finishes. Clear LED bulbs, especially decorative and candelabra bulbs, cast a sharper and more noticeable light, which makes them ideal to use indoors. These are perfect for commercial and industrial applications like warehouses where they are installed high above the floor. Frosted LED bulbs come in semi-opaque or fully opaque variants. They cast a subtler and more uniform glow, which makes them comfortable to the eye. 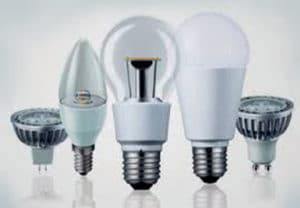 When it comes to old fixtures, one should opt for LED bulbs coated with a translucent amber finish, which gives the light a fiery glow. Another thing to consider is the dimmer switch. LEDs cannot be easily integrated into the traditional dimming setup because of their circuitry. In some cases, the switch has to be replaced and a new one that is compatible with LEDs needs to be installed. A dimmer switch helps to control the amount of light, based on one’s mood. Dimming switches cut energy consumption, reduce electricity bills and also extend the life of the bulbs.

Both CFL and LED bulbs are energy-efficient. Consumers may prefer the former as they are inexpensive when compared with the high price points of LEDs. But CFL bulbs do not have a long life span, and they contain a small amount of mercury, which is unsafe to one’s health if ingested or inhaled. 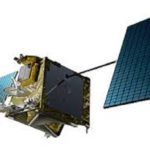