The state cabinet on Tuesday cleared the energy conservation policy which paved the way for the state to make LED (light emitting diode) lights mandatory in all new buildings in the state. 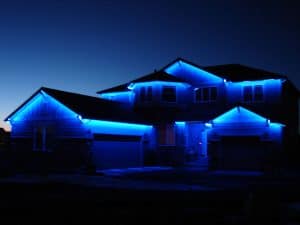 This rule will come into effect once the state amends the development control rules for both urban and rural areas. Maharashtra is the first state in the country to take this step. It has also decided to make all its government and semi-government buildings switch to LED lights from traditional bulbs and tube lights. Street lights across the state (mostly sodium vapour lights) will also be replaced with LED lights.

Under the amendment, the cooking system of kitchen in prisons and charitable trusts, and water supply schemes that cost Rs25 lakh or more will be asked to switch to solar energy.

The decision was taken in the state cabinet meeting on Tuesday. State energy minister Chandrashekhar Bawankule said the changes will save the government around 1,000 megawatts of energy and Rs 60 billion in five years with the help of this policy.

The government will spend Rs 8.4 billion to implement the policy, said the energy minister. Those who don’t abide by the rules will face punishment, he added.

Bawankule said the government will come up with incentive schemes to encourage old buildings to switch to LED lights.

The energy minister said LED lights, energy efficiency fans and other such electronic equipment will be used in all government and semi-government buildings, including municipal corporations and councils.