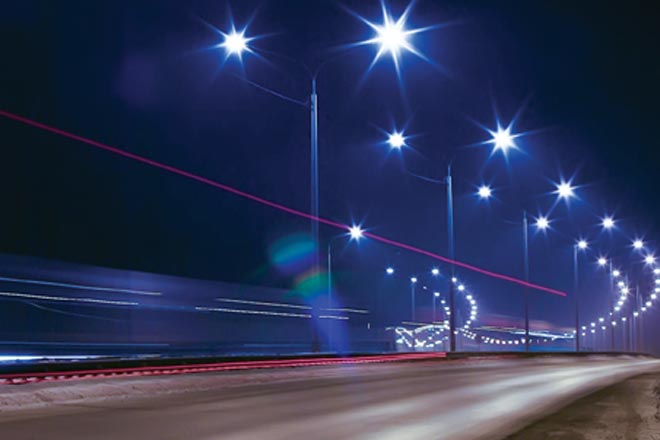 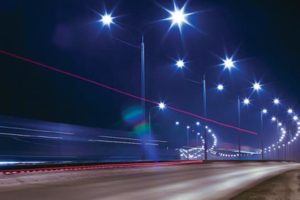 LED streetlights are great for saving energy and costs. But there are reports that their light intensity could impact human and animal life in a negative way. LED manufacturers are aware of this, and are investing in technology that addresses this challenge.

LED streetlights are rapidly being deployed across the globe. They provide the advantage of long lifetimes (mean time to failure: >100,000 hours), reducing the number of field replacements and the costs associated with sending out a repair crew. They also have the advantage of being more energy-efficient, producing more lumens per watt (LPW) than alternative light sources. As a result, the electric utility bills for municipalities are reduced, saving them money over the lifetime of the streetlight. Less energy consumption means that LED lighting is greener for the environment. These lights can also be easily modulated (turned ON or OFF), or precisely dimmed under the control of the municipality.

White LEDs used in street lighting may consist of packaged combinations of red, green and blue LEDs, but more often than not employ blue LEDs, which are built generally from indium gallium nitride (InGaN) and have a yttrium-aluminum-garnet (YAG) (Y3Al5O12) phosphor coating placed on their emitter or emitter’s optic. This phosphor coating creates a new band of coloured light by way of fluorescence, and is known as phosphor light conversion. The original blue LED colour mixes with the colours produced through fluorescence, and white light is produced. From the base colour of blue light, white light can be realised and utilised for white LED streetlights.

But does this blue light found in LED streetlights have any negative impact on humans?
Well, the American Medical Association (AMA) believes so. While it does not believe that blue LEDs make people feel sad and blue, it does believe that communities should follow particular guidelines to reduce the harmful human and environmental effects of high intensity street lighting. The AMA highlights two primary points of emphasis.

First, LED streetlights have a high content of blue light and create more night-time glare for humans than traditional lighting sources. Glare may lead to safety issues, as the human eye has a hard time seeing clearly when presented with such light. The scattering of blue light can also potentially lead to unnecessary eye strain in humans.

Second, the AMA states that “blue-rich LED streetlights operate at a wavelength that most adversely suppresses melatonin during night. It is estimated that white LED lamps have five times greater impact on circadian sleep rhythms than conventional street lamps.” This can have a negative impact on human sleep. In other words, this lighting can negatively impact the human body’s biological clock, and hence sleep patterns. It is not just humans that may suffer from these effects. Animals can also have their natural systems thrown into confusion because of the effects of such non-natural lighting.

One way to address the issue of too much blue light is to target warmer correlated colour temperature (CCT) for streetlights. This is because higher kelvin colour temperatures generally mean higher inherent levels of blue light content, exactly the colour of light that should be minimised at night. Historically, shifting LEDs towards warmer CCTs has resulted in lower efficacy (lumens/watt or LPW) systems. This shift toward warmer CCTs is generally regarded as a negative for streetlight manufacturers as they wish to be able to claim the highest LPW possible.

The reports about the negative effects of these streetlights on biological agents have not gone unnoticed by the LED manufacturers. Cree, a market leading innovator of lighting-class LEDs, LED lighting and semiconductor solutions, has responded by developing WaveMax technology, an innovative optical waveguide platform, in which its unique design works to reduce glare. The Cree RSW series (Figure 1), which utilises this technology, is the first viable LED streetlight at warm CCT (3000K, ±175K) and delivers up to 115LPW, enhanced visual comfort with reduced glare, and high colour contrast, leading to improved overall illumination using less energy.

The AMA additionally recommends that manufacturers seek innovative ways to minimise lighting by incorporating intelligent dimming during off-peak time periods. The increased employment of various sensing technologies will likely continue to stimulate developments with respect to this. Other considerations that the AMA suggests include ensuring proper light shielding of all fixtures as well as appropriate directionality in order to minimise light spillover.

Prevent yourself from feeling blue. Understand the impact of light pollution, and take the necessary steps to raise your awareness of the implications to our biological health and the environment. It could be just the panacea we all need to better enrich our lives on this planet we all call home. 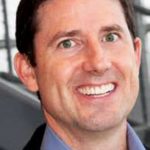