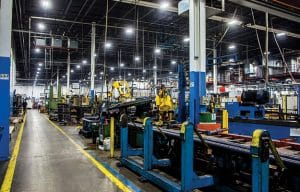 By replacing 297 metal halide fixtures with LED fixtures, Bobcat has been able to reduce annual energy costs by more than US$ 50,000, and this figure increases when diminished maintenance gets factored in. The LED lighting fixtures have a rated lifetime of 100,000 hours compared to a 20,000-hour rated life for metal halides

Objective
Workers at the Wahpeton plant, located 88 km south of Bobcat’s corporate headquarters in West Fargo, North Dakota, USA, manufacture hydraulic systems, cylinders and valves for Bobcat loaders, compact excavators and attachments. And in this high bay space, where welding, assembly and testing are performed, good lighting is imperative; earlier, it was at times supplemented with flashlights.

“When we began researching new lighting, our goal was to increase light levels and reduce energy usage,” said Brooks Klinnert, an electronics technician with Bobcat who was instrumental in choosing the new lighting. He said, “We first tested fluorescent lamps, but we noticed issues with the reflectors and had lamp failures, so we started looking at LEDs. We soon concluded that it was the best lighting technology solution for us.”

Challenge
The Bobcat team engaged Grainger representative, Jack French, who knew the company was testing several products from a variety of manufacturers. In the search for the right fixture for the facility’s needs, French partnered with his local GE representative, Scott Fergen, and helped Bobcat discover that GE’s Albeo LED high bay fixtures produced the best light output, were durable and would help the manufacturing plant achieve considerable energy savings.
The decision to proceed was taken after the team visited another manufacturing plant—half of which was lit by Albeo LED lighting and the other half by fluorescent lamps and “…it was a night-and-day comparison. We saw that, and it became a no-brainer,” said Nathan Gemar, a Bobcat indirect sourcing specialist.

Solution
In less than two weeks during the plant’s holiday shutdown, a Moorhead Electric team seamlessly transformed the Wahpeton space from dingy to vibrant, installing 276 Albeo ABH LED luminaires—75 of which are higher output fixtures along the facility’s perimeter—plus nine Albeo ALC4 LED linear fixtures affixed over tall machines. On an average, the foot-candle (fc) reading increased from about 22fc to 40fc.

GE’s Albeo LED high bay lighting fixtures have reduced energy use by more than 850,000 kilowatt hours (kWh) each year at the Wahpeton facility. Since the 297 metal halide fixtures were replaced, annual energy costs have decreased by more than US$ 50,000, and this figure increases when factoring in the diminished maintenance needs—the LED lighting fixtures have a rated lifetime of 100,000 hours compared to a 20,000-hour rated life of metal halides. 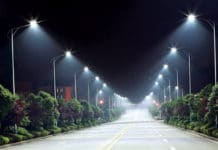 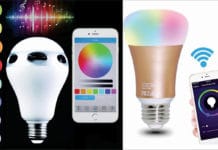 India To Enter a Revolutionary Phase with Smart LED Lighting 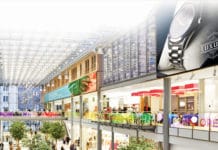 Indoor and outdoor LED displays: How are they different?