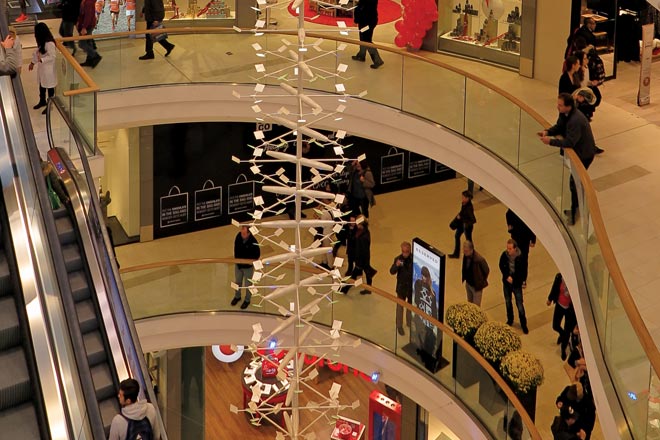 When not properly dealt with, electronic waste can result in serious environmental impacts and can even contribute to global warming. This is because the materials used to make electronic products are often toxic, corrosive, flammable, reactive, or even radioactive. This has led to a growth in the use of organic materials with semiconductor properties in electronic devices. Unlike their inorganic counterparts, they are biodegradable, biocompatible, non-toxic and pose no threat to the environment.

Research in the past few years has shown that organic semiconductors exhibit promising optical, electrical and optoelectronics characteristics. Through the addition of different functional groups, they can conduct more current, and are photoluminescent and energy-efficient. These non-metallic structures can hence be easily used to manufacture economical, flexible and green electronics, which was not possible with inorganic materials.

The Australian National University (ANU) announced the invention of a part-organic semiconductor by a team of engineers two years ago. This semiconductor was capable of converting electricity into light very efficiently and was seen as a way of making high-performance electronic devices such as bendable mobile phones. Bending semiconductors made of organic materials can almost double the speed of electricity flowing through them, as proved in a study led by Rutgers University.

The key players in the organic semiconductor market include LG (South Korea), BASF SE (Germany), Bayer AG (Germany), Merck & Co. (USA), Samsung (South Korea), Sony Corporation (Japan) and Sumitomo Corporation (Japan), among others. According to a report from Market Research Future, the global organic semiconductor market is expected to grow at a compound annual growth rate (CAGR) of 22.4 per cent, reaching US$ 179.4 billion by 2024.

Organic semiconductors are made up of polymers or π-bonded molecules and are important active materials. They have found numerous applications including in organic light emitting diodes (OLEDs), organic lasers, organic thin film transistors (OTFTs), organic solar cells, bio/chemical sensors, and much more. With the emergence of the Internet of Things (IoT), requirements for flexible RFID and NFC tags for the transmission of data have increased, which can be met by these semiconductors. Among these applications, fabrication of heterojunction devices like OLEDs has seen a huge demand worldwide in recent times as an alternative to the existing lighting technologies.

Unlike conventional diodes and LEDs that use layers of n-type and p-type semiconductors, OLEDs employ organic molecules to emit electrons and holes. They consist of semiconducting organic layers stacked between two electrodes. In a basic design, there are six layers, out of which the top and bottom layers are usually made of protective glass. When electrons and holes are injected in the emissive layer, light gets produced due to the process of electroluminescence. To achieve this, voltage is applied across the OLED in a way that the anode is positive with respect to the cathode during operation.

For better performance, the chosen electrode must have a lower work function compared to the active organic layer when used for injection of electrons, and vice versa for hole injection. For high work functions, materials like indium tin oxide (ITO) are used while aluminium, calcium or magnesium are the most commonly used options for low work functions. Also, a device with greater thickness leads to resistance against carrier injection, thereby decreasing carrier mobility and power efficiency. Although the internal quantum efficiency of OLEDs is high, the material of the electrode meant for electron injection must be transparent to visible light for external quantum efficiency.

One of the main applications of OLEDs is as displays in devices like televisions, tablets and laptops. Panasonic, Sony and Philips are some of the prominent names in this field. LG, for instance, is planning on using its transparent OLED displays in applications like self-driving cars, smart homes/buildings, and airplanes. The company is already working with train glass manufacturers for deployment of OLEDs in subway trains.

In low ambient light conditions, an OLED screen is better due to a higher contrast ratio as compared to an LCD. Active-matrix OLEDs (AMOLEDs), which are popular in smartphones and tablets, add an extra film of semiconducting material and are more flexible than OLEDs. According to recent research from Omdia, the market for AMOLED smartphone displays is expected to rise by nine per cent in 2020. “Smartphone brands across the world are increasingly migrating their product lines to AMOLED display technology, even amidst the catastrophic market conditions spurred by the coronavirus pandemic,” says Brian Huh, principal analyst, small/medium displays, for Omdia.

In February 2019, Samsung announced the Samsung Galaxy Fold smartphone with a foldable OLED display. Nubia’s recently launched smartwatch sports a large flexible OLED screen that curves halfway round a person’s wrist. These days, virtual reality (VR) headsets are also using OLED microdisplays as they provide lower brightness levels and higher refresh rates. However, improved sealing processes are crucial while manufacturing them, so as to prevent the organic displays from water damage.

Organic semiconductors are also used in the production of solar cells. Organic solar cells ensure easy fabrication and offer a low-cost alternative to traditional crystalline Si-based cells. This is based on the photovoltaic effect. Organic polymers or small molecules present in these cells absorb sunlight and transport charge to produce electricity. These cells can store large amounts of solar energy due to their large surface areas and high absorption coefficients.

There is always a trade-off between factors like high stability, high mobility, and high responsiveness to chemical constituents. In August, a team of engineers from the Queensland University of Technology created a semiconductor capable of producing transistors, solar cells, and other electronic circuits by combining the organic hydrocarbon naphthalene with a pigment called DPP which is commonly used in Ferrari paints. Further advancements in the design process and adoption by emerging economies offer a promising scope for organic semiconductors in future.