India continues to import significant amount of components every year 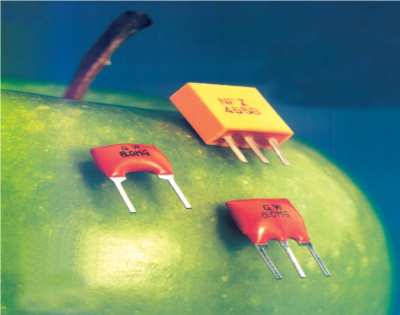 By Uma Gupta, Electronics For You, South Asia’s most popular electronics magazine

Thursday, April 18, 2013: India continues to import a significant amount of components every year. According to statistical figures, India is importing as much as 95 per cent of its components for the electronics industry. The fact that there is no duty on importing components makes component distribution more profitable than manufacturing in the country. That explains why there are more traders than manufacturers in India.

Among passive components, the share of indigenous production for wound components is relatively high, with close to 30 per cent being produced in India. However, components like resistors and capacitors continue to be imported in large volumes.

The fact that India is not the home to the large-scale manufacturers of consumer electronics products like China is, works against components manufacturing here. “India lags behind in electronics hardware manufacturing capabilities. The electronics ecosystem is quite weak here. There are many challenges in the way of setting up manufacturing facilities here, like inadequate infrastructure, what industry views as an over-burdened tax structure, supply chain and logistics inadequacies, stringent labour laws and limited value-addition. As a result, only component distribution has a strong foothold in India. Imported components are preferred when it comes to critical applications like medical electronics, global EMS or replacements in imported machinery,” says Shiv Bhambri, CEO, RS Components & Controls—an electronic components distributor.

Adds KN Krishnamurthy, president, sales and marketing, EPCOS India, a capacitors and core manufacturer in India, “China does large-scale hardware manufacturing, for which components are needed in vast quantities, which is why component manufacturers have established themselves in China to serve that large market and global demands as well.”

Resistors: Wirewound dominates the market
The resistor market in India is largely dominated by the top five-six manufacturers. The overall resistor market size was US$81 million in FY 2009-10 with indigenous manufacturing contributing about 27 per cent of the total demand. The market is estimated to have reached a value of US$111 million in FY 2011-12, largely driven by telecommunications, consumer durables and the automotive sector. Some of the leading resistor manufacturers cater to both local demand as well as the growing international market. The export market was estimated to be worth US$2.83 million in FY 2009-10.

Wirewound resistors are the most commonly manufactured resistors in India, followed by thin-film resistors. This could be due to the fact that wirewound resistor manufacturing plants do not need significant capital investments and are labour intensive. In the case of other types of resistors, the demand is largely met through imports from countries like China, Taiwan and parts of Europe.

“The demand for wirewound resistors has, however, slowly started declining because of their size, bulkiness and weight. These resistors are not available in true chip form (a chip without moulding), and therefore are not usable in applications where weight and size limitations demand precision in the chip resistor format,” informs OP Nangia, CEO, Stead Electronics.

The overall market size for capacitors in India was around US$269 million in FY 2009-10, which is estimated to have grown to US$346 million in FY 2011-12. Local manufacturing accounts for only 18 per cent of the total market. The rest of the demand is met through imports. Consumer durables (35 per cent) and telecom (20 per cent) are two of the largest demand drivers for capacitors in India.

Most Indian manufacturers produce film and electrolytic capacitors. While ceramic capacitors are mainly imported. The unavailability of ceramic, coupled with the lack of technology to make cost-effective capacitors, hinders the production of ceramic capacitors in India. Film capacitors manufactured in India are also exported to countries like Europe, Hong Kong, Thailand, Philippines, Malaysia, South Korea and the Middle East. The export market for capacitors was estimated to be worth US$40 million in FY 2009-10.

Capacitor manufacturers are concerned about the increasing cost of raw materials and the decreasing revenue realisation on the final component due to the availability of cheaper import options.

Currently, several experiments are underway to design and develop capacitors that can hold charge for a long period. This will enable them to be used in several other fields.

Wound components: A steadily growing market
The Indian wound component market has been witnessing a steady growth for the last few years and is estimated to have reached a value of US$2035 million in FY 2011-12, largely driven by the growth in consumer durables, medical electronics and industrial electronics. Indigenous manufacturing contributes close to 30 per cent of the total demand.

It is estimated that there are more than 200 wound component manufacturers in India, most of them being SSI units. Most of the inductor demand is met by indigenous manufacturing, while chokes and transformers are largely imported from China, Taiwan and South Korea. “We are manufacturing wirewound components like transformers, coils and EMI chokes. But there are not many basic copper wire manufacturers in India. That’s our main constraint. We have to import the copper wire (magnet wire that goes into the transformer) from Singapore, Korea or China. Then we assemble the product and sell it,” says Satish Gupta, director, GSP Electronics.

Apart from the large small-scale sector that exists, India also has a few very large companies that manufacture wound components in India and export to the global markets. The key export markets include Singapore, Malaysia, the UK and South America with the total exports estimated to be US$17 million in FY 2009-10.

Crystal oscillators: Negligible indigenous manufacturing
The Indian market for crystal oscillators was estimated to be US$54 million in FY 2009-10. All the crystal oscillators used in India are currently imported from Japan and Taiwan. Non-availability of good quality quartz crystals is one of the biggest reasons why Indian companies have not ventured in this product space. With limited efforts to manufacture the component in India, imports will continue to be the major source of crystal oscillators for the Indian electronics Industry.

Larger demand expected in coming years
According to Mikio Oki, managing director, Murata Electronics (India), India is one of toughest and most cost-competitive markets in the world. Despite the volumes in India being small, local buyers still expect prices similar to China’s. “Looking at the existing low penetration rates in many electronics applications, we think there is still room for growth regarding the demand for components in the country (if the manufacturing industry manages to take off). The growing number of middle class households in the coming years is going to translate into larger demand for electronics products. For instance, the penetration of smartphones is likely to increase significantly,” says Mikio Oki.

Looking at the number of manufacturers coming to India, Mikio Oki feels that the local demand for passive components will increase in the near future. “We see a huge potential in India. However, there remain several big hurdles to overcome, especially regarding the facilities required for setting up the passive components manufacturing base in the country,” he adds.

For the market to be attractive, infrastructure such as electricity, water, road and transportation is going to be one of the key determining factors for manufacturing. The Indian government initiatives to invest and improve in such areas are very important. It has to take the lead in order to make the investment environment attractive enough for manufacturers to consider setting up a base in India.

Vaishali Yadav - September 28, 2022 0
As per the latest reports, Apple has started manufacturing iPhone 14 in India. Foxconn’s Sriperumbudur facility situated on the outskirts of Chennai is the...