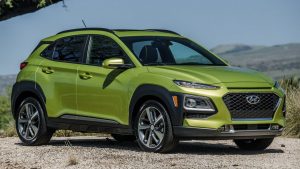 Hyundai has received 120 confirmed bookings for its Kona electric SUV, which was launched in India on July 9 for a starting price of Rs 25.30 lakh (ex-showroom, India).

Within 10 days of the introduction, the company also got 10,000 test drive customer requests for the electric SUV.

Hyundai Kona is now available in 15 dealerships across 11 cities in India.

“The change of perception and adaptability is clearly visible as there is huge interest and request for test drives,” he added.

According to him, the digital inquires and footfall at their dealerships have also increased as the customers are excited to experience electric cars.

The other electric vehicles currently available in the country include Tata Tigor EV, Mahindra eVerito and Mahindra e20 Plus. Few more are coming up which include Audi e-tron, MG EZS and Tata Altroz EV.

India plans to sell only electric vehicles by 2030 and the government is making swift progress to ensure that the required electric mobility infrastructure is in place to meet the demand.

Now, the Department of Heavy Industry and Public Enterprises of the Government of India is inviting proposals from companies to set up 1,000 electric charging stations across the country.

It stated that the companies willing to establish these charging stations shall be eligible for subsidies under the Faster Adoption and Manufacturing of Hybrid & Electric Vehicles in India (or FAME-II) plan.

This is the second expression of interest document issued by the government of India. Last month, the department asked for proposals to subsidise 5,000 electric buses with US$360 million.