Okinawa has a current customer base of over 5,000 in Gujarat and is optimistic about tripling the numbers by 2022 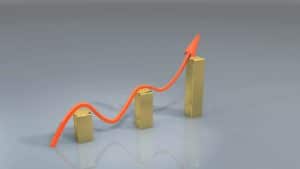 Okinawa has a current customer base of over 5,000 in Gujarat and is optimistic about tripling the numbers by 2022. It also aims to expand dealerships by 50 per cent by the end of the current fiscal year, the company said in a statement.

The scooters include Okinawa Ridge+, Okinawa Praise Pro, and Okinawa iPraise+. The company has announced a cut in prices effective 1 July 2021.

“The state government has made an exceptional move that would allow more buyers from the bottom of the pyramid to ride and prosper with electric two-wheelers,” Jeetender Sharma, MD & Founder of Okinawa Autotech said, commenting on the state’s EV policy.

He added that the company is expanding its presence and footage in the region to help the state achieve its goal of having 2 lakh electric vehicles on the road in the next four years. For this, the company has tied up with banks, NBFCs and fintech companies.