As the company moves forward, the focus of the investment would be on new vehicles, prototypes, technologies and tie-ups, among others 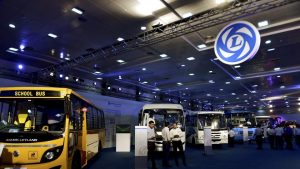 Indian auto giant Ashok Leyland will invest up to $200 million in producing electric vehicle through its UK-based subsidary Switch Mobility in the next few years.

The arm will also launch an electric light commercial vehicle (eLCV) later this year in India.

Ashok Leyland is bullish on Switch Mobility to play a crucial role to achieve its ambition of being in the top ten players globally in the commercial vehicles segment through the latter’s electric commercial vehicles, which would allow it to serve markets developed like the US, Europe and Japan.

“We feel very confident that we have developed products that have been accepted by the market…With 280 vehicles already on the road, we feel that Switch today will allow Ashok Leyland to fulfil its long term vision of being in the global top 10 (commercial vehicles player,” Ashok Leyland and Switch Mobility Chairman Dheeraj Hinduja told reporters in virtual interaction.

As per Hinduja, earlier the company’s international reach was limited which prevented it from entering markets like the US, Europe and Japan. He expects to reduce this barrier with Switch.

As the company moves forward, the focus of the investment would be on new vehicles, prototypes, technologies and tie-ups, among others.

“And then as this business scales up, then we will invest further into a manufacturing facility,” Ashok Leyland CFO Gopal Mahadevan said.

A total of over USD 130 million has already been invested in Switch Mobility by the group.

Elaborating on the future plans, Switch Mobility Ltd, UK, Executive Vice Chairman and CEO Andrew Palmer said the eLCV “is the imminent launch of a value proposition for India and also for other emerging markets”.

“That vehicle is currently under test. It’s also currently with a number of prospective customers as they evaluate it, and it will be launched by the end of the year,” he said, adding it would be manufactured in India.

In future, all the EVs of the group will be launched under the Switch Mobility brand, Palmer said adding all the electric busses and vans for sale in India will be made in the country.

“India will also be the source of production for a number of other key markets and the Indian supply base will become a global supply base, to also include manufacturing of vehicles, for example, in the United Kingdom in Europe. So India is a very important place,” he added.

What India needs to do to boost the e-mobility sector