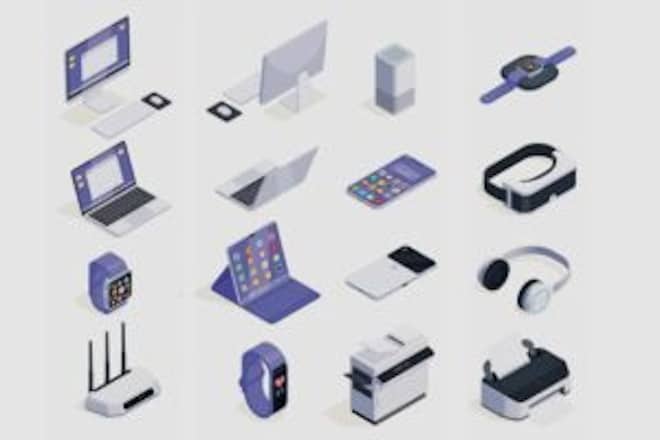 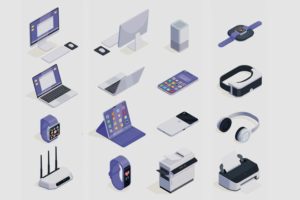 The COVID-19 pandemic has left a lasting impact across all walks of life, and the electronics industry is no exception as it has also suffered a decline in growth. That said, this is a temporary phase – especially for consumer electronics and appliances – as some of these devices have grown to be an integral part of our lives.

The growth of the Indian electronics industry has been rapid for the past 10-15 years. It now has the potential to escalate efficiency in various industries including agriculture and education, and is playing a pivotal role in the development of the country by contributing to the growth of the economy and creating massive employment opportunities.
The electronics industry’s contribution to India’s GDP stood at 16.51 per cent in 2016. By 2020, the industry is expected to be worth US$ 400 billion. The government of India has initiated numerous policies and initiatives to perk-up domestic production, including the recent calls for ‘Vocal for Local’ and ‘Atmanirbhar Bharat’.

The electronics industry is basically divided into two categories—industrial electronics and consumer electronics. The latter has witnessed more growth than the former due to its popularity among consumers and because of more foreign direct investment in it. The industrial electronics segment in India is still facing challenges because of various taxation policies and lack of an ecosystem for manufacturing components.

The growth of the electronics industry in India began in the 1950s in the private sector with the manufacture of radio receivers by a few units with imported components. In the mid-50s, a few radio manufacturers started making some components for themselves. During the 60s, a modest base for the manufacture of components was developed and the Indian electronics industry was dominated by consumer goods. The report of the Bhabha Committee on Electronics in India (1966) emphasised the importance of professional electronics and a strong component base for both techno-economic and strategic reasons. Hence, attempts were made to create basic infrastructure for manufacturing components by the close of that decade.

To give fillip to the growth of the Indian electronics industry, a separate Department of Electronics was created by the Central government in 1970. Immediately after its establishment, the government set up the Electronics Commission in 1971 because it realised the need for a well-directed and well-coordinated programme for the rapid development of the electronics industry in India. This is how the sector started witnessing quick growth and since then, it has been playing a very important role in boosting the GDP of the country.

Electronics and consumer durables in India: The future
In recent years, India has witnessed lots of changes in its policies. The Indian government has initiated some much needed reforms for the ‘ease of doing business’. Although the cost of finance has become high with the numerous regulatory practices, the introduction of GST has also brought several benefits to the consumers.

Higher costs and some operational inefficiencies have slowed down the growth of consumer appliances in the electronics industry. According to CEAMA (Consumer Electronics and Appliances Manufacturers Association), segments such as washing machines and refrigerators are growing, but the large television segment is witnessing a decline in demand. Manish Sharma, president of CEAMA, says that India needs to have policies in place to create economies of scale as well as free trade agreements or FTAs (especially with consumption economies) to ensure growth across the board for the ACE sector. This will reduce the cost of finance, thereby reducing prices for the end consumers and leading to greater demand.

In 2017, India surpassed France and became the sixth largest economy in the world, while in 2018 it overtook the UK and ranked fifth in the global economy in terms of GDP. This economic growth would have continued unabated (see Table 1) had it not been for the sudden outbreak of COVID-19 that changed the complete dynamics of the global and the Indian economies by crippling millions of businesses and creating a huge loss of employment.

Many macros indicate that India is a high-potential market for retail. These include:

The virus has had a huge impact on sales of consumer electronics and the industry’s forecast outlook. Some categories like computers and peripherals have benefited, as consumers are working from home, leading to more sales. With the pandemic having both an economic and psychological impact, consumer sentiment is severely dampened, and big-ticket items like televisions have been affected negatively.

Shantanu Das Gupta, advisor at CEAMA, says, “All crises have a silver lining and so does COVID-19. Absence of domestic help has heightened the value of appliances, both large and small. Indeed, niche categories like dishwashers have seen great interest, sluggish categories like microwaves and vacuum cleaners have seen a spurt in sales, working from home has led to a surge in demand for large screen televisions, and e-commerce is seen as a saviour. We are confident that the industry will see a strong revival once COVID-19 is behind us.”

Sandeep Aurora, VP at IESA (India Electronics & Semiconductor Association), says, “This pandemic has put a huge dent in the global economy and it will be a huge task to get back to normal. On the other hand, the work from home/remote work requirement has opened a huge opportunity for the industry. Green shoots are visible across economies already, as businesses are raring to get back to normal and the path to a potential vaccine becomes clearer. In the long term, this situation will be seen as a blip and the growth will resume shortly. This is what we feel.”

Even as luxury products took a temporary beating for a few months, PCs, inverters and routers became essential. So the overall electronics market was not impacted much. As of now, demand for even the products that were impacted in the early months of the pandemic is expected to start growing very soon.

With the ban imposed by the Indian government on trade with China, the Indian economy is suffering from a shortage of various products. But at the same time, India is trying to be self-reliant and self-sufficient. Local businesses are being encouraged with the ‘Vocal for Local’ initiative.

Lalit Arora, co-founder, VingaJoy, says, “COVID-19 has adversely impacted the consumer electronics industry in India. Production processes stopped due to the nationwide lockdown and even the sales dropped dramatically. A ban was imposed by the government of India on imports from China. This ban is hitting the Indian electronics industry very hard. China tops India’s importer list, especially where intermediate products and raw materials are concerned.”

“According to the CII (Confederation of Indian Industry), China accounts for 45 per cent of India’s total electronics imports. India was heavily dependent on China for electrical machinery, unfinished parts, nuclear reactors, organic and inorganic chemicals and fertilisers, as well as vehicles, their parts and accessories. All these products have been affected the most. In addition, all luxury products have been negatively affected due to COVID-19, since the purchasing power of consumers has declined,” he adds.

Other key drivers include the availability of cost-effective devices, a vast amount of diverse applications, and high-investments in this industry.

Some of the key highlights of the global consumer electronics and appliances market include:

As per IBEF, in India, the ACE (appliances and consumer electronics) market reached US$ 10.9 billion in 2019 and is expected to double to US$ 21.2 billion by the end of 2025. The TV industry in India has reached an estimated US$ 11.26 billion and is speculated to reach US$ 13.66 billion by end of 2021. However, this will all depend on how swiftly the industry recovers post the pandemic.

The National Policy on Electronics is targeting production of one billion mobile handsets by 2025.

To sum up, COVID-19 has had a negative impact on a few luxury consumer electronics products, but as the Indian economy slowly limps back, the demand for most ACE products will be back, as some of these have turned into necessities.