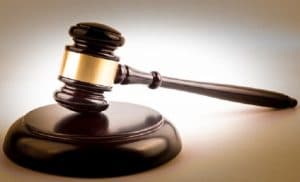 The Competition Commission of India has dismissed bid rigging allegations against Hitachi Systems and IL&FS Technologies. The bidding in questions here links with a tender floated by BHEL’s Digital Transformation Centre at Bhopal.

CCI, in an order dated November 9, said, “The informant (Reprographics India) has failed to provide or suggest any evidence to show that there was any meeting of minds between the two companies before/at the time of submission of bids. “

The tender bidding included supply, installation and maintenance of PCs, servers, printers, network equipment and other computer peripherals at more than 20 BHEL locations throughout India on lease basis for a five-year period.

Delhi headquartered Reprographics India had filled a complaint alleging that Hitachi Systems and IL&FS Technologies had rigged the tender bid by acting in collusion throughout the process.

The company has been providing dielectric plotter paper, which it considers as ancillary support, to BHEL.

CCI also noted, “The Commission observes that a prima facie case under the Act is not made out against the OPs (Hitachi Systems and IL&FS Technologies) as the case of the informant lacks reasonable allegations based on any concrete evidence in the matter.”