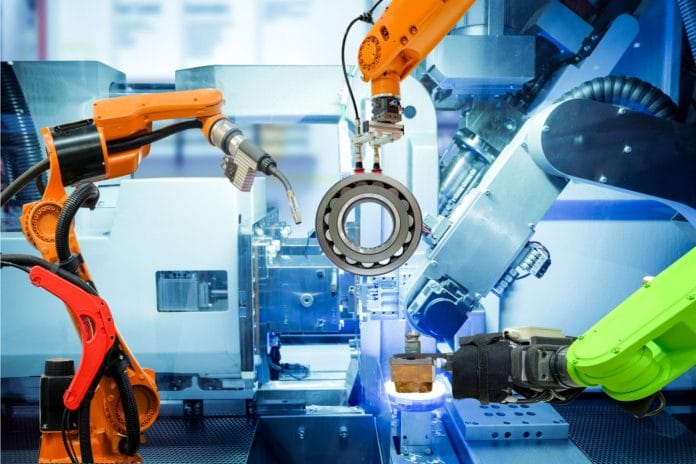 The high growth of the industrial sector is largely facilitated by government initiatives promoting the use of locally manufactured goods and equipment.

Industrial Robotics Market is projected to reach a revenue of over USD 80 billion by 2024. The rapid growth of the industrial sector across the world and the high adoption of automation technologies as a part of the manufacturing process are the major factors propelling the industry growth during the forecast timeframe. 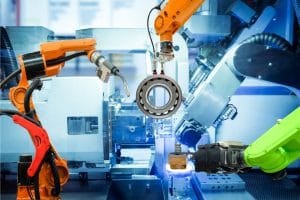 The segmentation of the industrial robotics market by product indicates that collaborative robots are expected to have the highest growth rate over the forecast timeframe. These have a large work envelope and high usage as they allow employees to work alongside and are priced significantly lower as compared to their counterparts. Additionally, the adoption of the collaborative industrial robotics market decreases human idle time by 85 per cent and substantially boosts the efficiency of the overall manufacturing process.

Factors attributing a high growth
The high growth of the industrial sector is largely facilitated by government initiatives promoting the use of locally manufactured goods and equipment. For instance, the Make in India strategy was initiated to increase the manufacturing share in India’s GDP to 25 per cent by 2022 while simultaneously promoting the adoption of regionally manufactured products such as food and beverages and electronics as opposed to foreign brands amongst the general population.

Under this strategy, the government is providing subsidies, financial support, and expertise to regional players such as the capital subsidy of up to 25 per cent for 10 years to boost the manufacturing of electronics. Furthermore, the application of the industrial robotics market technology allows for miniaturization, increased throughput, and reduced lead times and human errors for manufacturers.

The high adoption of automation technology is projected to aid in the growth of the industrial robotics market. The usage of these technologies can aid in the reduction of the development time and the exorbitant variable costs such as labor and electricity prices. In regions including Western Europe and North America, the labor costs are very high, over USD 38 hourly wage in Germany.

The end-user segmentation of the industrial robotics market indicates that the electrical and electronics segment will account for a high growth. The increase in the disposable income and the economic prosperity stemming from the industrial boom across various regions, primarily in South-East Asia, are contributing to the high proliferation of these devices.

The German industrial robotics market strength is driven by a combination of the region’s proven engineering tradition, a position as a leader in technological development, and its highly diversified industrial base. Germany is witnessing immense innovations which are helping bridge the gap between robotics and several industrial sectors. Stakeholders are organized in multiple regional organizations such as the Automation Valley Northern Bavaria.

In this regard, one of the trends that remains to be seen in the industrial robotics industry is the demand-price relationship for these robots, particularly in the emerging economies. All in all, the profitability scope seems humongous for the industrial robotics market in the coming years, with a target global share of USD 80 billion by 2024.

The Robot Revolution Is On Its Way