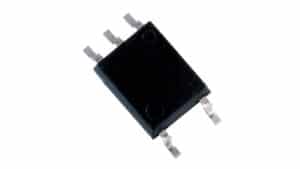 Toshiba Electronic Devices & Storage Corporation has released photocouplers for high-speed communications. The company, pointing at these as industry first, informed that these can operate with a power supply as low as 2.2V.

An official press note releases by Toshibe read, “The two devices are the “TLP2312,” which delivers at typical data transfer rate of 5Mbps, and the 20Mbps “TLP2372.” Shipments start today.”

No need for a separate power supply

The new products, as Toshiba informed, are designed to operate at low voltage, starting at 2.2V, so as to work with the lower voltages of the peripheral circuits, even when used in such low level voltage circuits as 2.5V LVCMOS. This approach eliminates the need for a separate power supply to drive the photocouplers, reducing the component count.

“With a low threshold input current of 1.6mA (max), and low supply current of 0.5mA (max) in their -40℃ and +125℃ operating temperature range, the new photocouplers can be directly driven by microcontrollers, reducing power consumption,” read Toshiba’s official statement.

These can be used in high-speed digital interfaces including programmable logic controllers (PLCs), general purpose inverters, measuring equipment and control equipment, etc. The new photocouplers are housed in 5-pin SO6 package with a maximum height of 2.3mm, securing a low profile and bringing greater freedom to component layout on printed circuit boards.

Toshiba Electronic Devices & Storage Corporation had become an independent company in 2017. The Japan-based company had announced seven additional ‘not working days’ for its employees in April 2020 on account of Coronavirus outbreak.