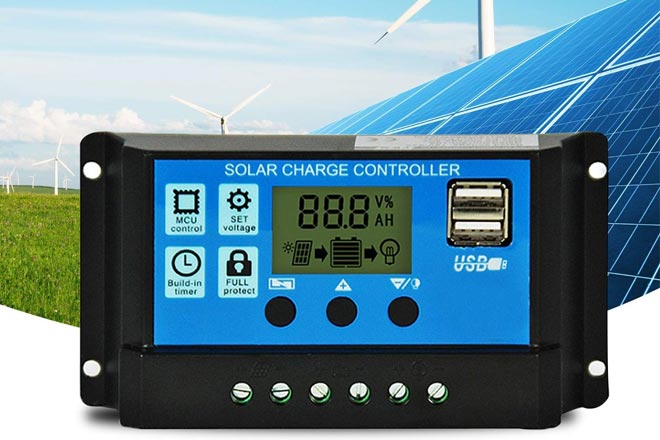 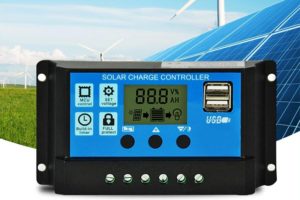 Solar energy is a vast and inexhaustible resource, and it has the potential to significantly bridge the energy gap in India. The solar charge controller – which is one of the components used in the solar power system – is essential to ensure that energy management is done smoothly and efficiently.

The energy demand across the world is constantly increasing, but the natural resources required to meet these demands are limited in terms of availability. Developed countries continue to consume a massive amount of energy while the demand in developing countries is also rapidly rising.

As per a report by the India Brand Equity Foundation, electricity consumption in the country is projected to reach 15,280TWh in 2040. To meet the nation’s energy demands, the Indian government has shifted its focus aggressively towards renewable energy resources such as solar energy, wind energy, geo-thermal energy, bio-gas energy, etc. Recently, Power and New and Renewable Energy Minister R.K. Singh stated that by 2030, around 60 per cent of India’s installed electricity generation capacity will come from clean energy sources. This will lead to greater use and deployment of solar power systems, and increase the demand for solar charge controllers.

Solar charge controllers are one of the important components of a solar power system, and help extensively in maintaining the efficiency, performance and reliability of the solar battery. According to a report by Grand View Research, the global solar charge controller market size is expected to reach US$ 4.15 billion by 2027, expanding at a CAGR of 15.1 per cent from 2020 to 2027.

Enabling efficient management of a solar power system
Basically, the solar charge controller works like a regulator. Its primary uses are to deliver power from the PV tray to system loads and then to the battery, to keep a check on the battery (whether it is charged correctly or not), to protect the system from both overcharging and undercharging, and to regulate the voltage and current coming from the solar panels going to the battery. It also helps in better management of the battery charging process.

Amol Anand, the co-founder of Loom Solar Pvt Ltd, says, “Solar charge controllers primarily act as a gateway to your battery, and ensure that you do not overcharge and damage your energy storage system. By being able to regulate the voltage, the solar controller protects the batteries – which are the most expensive part of the system – from both overcharging and undercharging.”

Batteries are rated for voltage capacity, and when the charging exceeds the capacity, it can cause permanent battery damage and loss of efficiency over time. When a charge controller is integrated in the setup, it starts regulating the amount of energy that the battery receives after a certain voltage is achieved. The process helps to avert damage from overloading the battery.

Charge controllers also have the capability to monitor the reverse current flow effectively. Current usually flows from higher to lower voltage areas. The power tends to flow back and out of the battery when the solar panels have low voltage at night. Charge controllers hence prevent batteries from draining when there is shortage of power due to variations in weather conditions.

Pankaj Kumar Rastogi, the COO of Genus Innovation Ltd, explains, “Imagine that a child is being fed by a parent while watching TV. When the programme is running, proper attention is not given to what and how much the child eats. This can contribute to overeating, which in turn can impact the health of the child. Similarly, if we connect a battery directly with a solar panel without using controllers, it can have a very bad impact on battery performance and its overall life. It is possible to connect a solar panel to the battery directly as both work on DC, but by doing so, we are feeding the battery without any checks. So, we need a controller that can control the charging and, at the same time, efficiently charge the battery.”

Key features
In recent years, solar charge controllers have improved considerably with enhanced features. Here are some of them:

Solar power is getting popular
The decline in the cost of solar power generation is encouraging companies to set up more solar projects, spurring a huge demand for solar charge controllers.

Rastogi says, “Solar power is becoming more and more affordable. The concern of consumers towards the environment, the increasing awareness towards clean and green energy, and government support for solar power and DC based home power appliances, are some other important factors behind the popularity of solar power.”

The future
Renewable energy is widely tipped to be a lucrative market. Currently, India holds the fourth position in this market in the world. According to a recent report by Mercom Communications India, India installed 7.3GW of solar power across the country in 2019, cementing its position as the third largest solar market in the world. The Ministry of New and Renewable Energy (MNRE) has set an ambitious target of installing 175GW of renewable energy by 2022, which includes 100GW for solar energy and 60GW for wind energy, among others like hydro energy and bio-energy.

The country’s renewable energy sector is expected to attract investments worth US$ 80 billion over the next four years. The government has also announced various initiatives and incentives to promote solar energy installations, increase the development of off-grid electrical systems, maximise the use of solar energy, and so on. All of this is likely to further increase the deployment of solar panel systems, and drive the growth of the solar charge controller market.

- Advertisement -
Previous articleGM To Increase Spending On EVs And Autonomous Vehicles To $27 Billion By 2023: Report
Next articleConsumer Electronics and Electric Vehicles Driving Demand For Graphene: Report